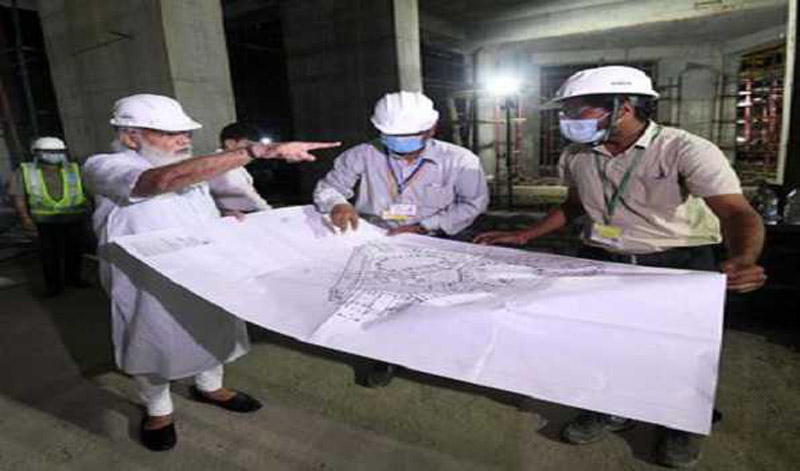 New Delhi/UNI: Prime Minister Narendra Modi on Sunday inspected the construction site of the new Parliament building, a part of the Central Vista project, which will also include redevelopment of the Central Avenue and central government offices.

Several photographs showed the Prime Minister inspecting the site where the work is going on.

The new Parliament is being constructed at an estimated cost of Rs 971 crore.

The construction is expected to be completed by 2022.

Mr Modi had recently said that the winter session in 2022 would be held in the new Parliament building.

The whole project of redeveloping the Central Vista is said to be to the tune of Rs. 20,000 crore.

The project has been criticized by Opposition leaders, as well as several experts on different accounts, including the massive cost at a time when the country is reeling under a pandemic. Questions have also been raised on the need for the project, and also the environmental cost of it.

The PM had recently slammed the critics of the project saying that government offices had been running in dilapidated state.

The Central Vista Redevelopment Project refers to the ongoing redevelopment to revamp the Central Vista, India's central administrative area located near Raisina Hill, New Delhi. Rashtrapati Bhavan, North and South blocks, and the Parliament building, along with scores of other government buildings, are a part of the area.