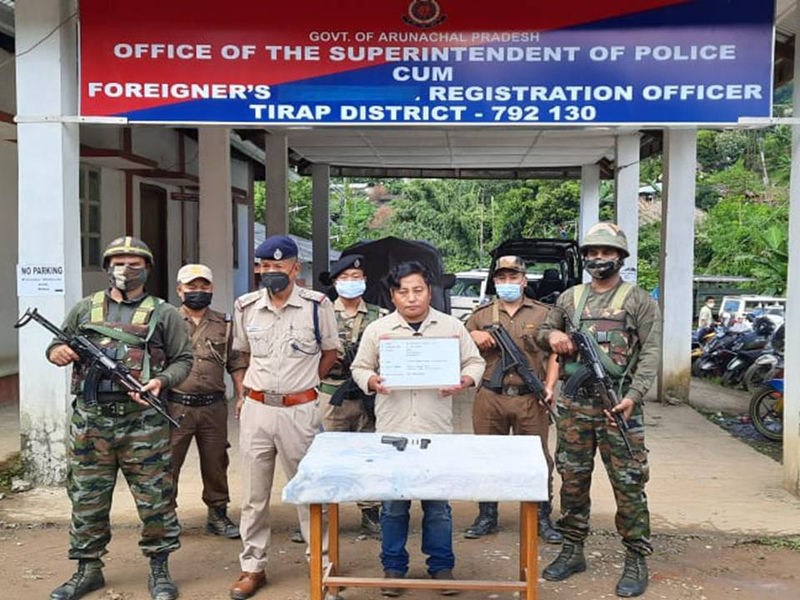 Guwahati: One cadre of NSCN-K surrendered before the security forces in Arunachal Pradesh’s Tirap district.

Concerted efforts of Khonsa Battalion of Assam Rifles under the aegis of HQ IGAR (North) to convince insurgent to rejoin the mainstream have resulted in surrender of one insurgent of NSCN-K at Khonsa in Tirap district.

A top official of Assam Rifles said the surrender of the cadres will hopefully motivate other cadres of the region to rejoin the mainstream.

“The cadres have revealed that he led a difficult life while underground, and made an appeal to their comrades to shun violence. Surrender of the active cadres epitomises the humane face of the Assam Rifles, while working to maintain peace in the region,” the official of Assam Rifles  said.

On the other hand, security Forces in a joint operation with Police apprehended seven persons and seized three trucks of illegal Areca Nuts at general area Paramedical Colony in Kohima district of Nagaland on Sept 25.

Based on a specific input, security forces in a joint operation with state police apprehended seven persons and seized three trucks of illegal Areca Nuts 264 Ton, 330 bags of 80 kg each, 110 Bags per Truck worth approximately Rs 1.58 crore at Paramedical Colony in Kohima district.

The apprehended persons along with recovered items were handed over to Customs Department Kohima, Kohima district for further investigation.