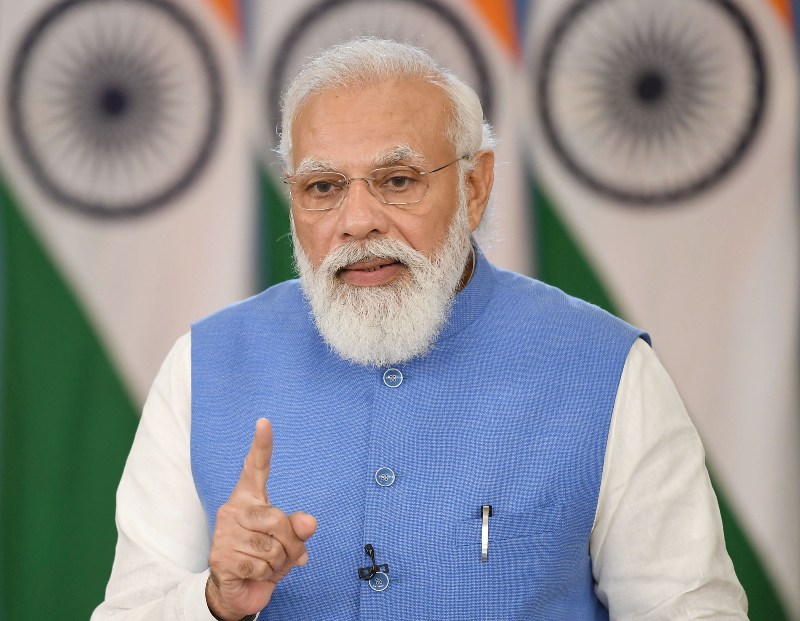 Addressing the countrymen, PM Modi said: "Team India is making new records everyday in this fight. With regards to vaccination, the country has made many such records which are being talked about the world over."

"Every Indian has an important role in this fight. We have to get the vaccine administered when our turn comes, but we also have to take care that no one is left out of this circle of safety," he said.

This time Modi's Mann Ki Baat address coincided with his visit to the United States.

In his radio address, he urged everyone to get unvaccinated people to the vaccine center.

Speaking on a wide range of topics in #MannKiBaat. Tune in. https://t.co/FNJDiv7Tvc

"Even after getting vaccinated, the necessary protocol has to be followed. I hope that once again Team India will keep the flag flying high in this fight," he said.

"We also get a lesson to never give up. Despite the adverse political and ideological circumstances, he never wavered from the vision of a Swadeshi, home grown model for the development of India," he said.

"Today many young people want to move ahead by breaking away from the oft-treaded paths. They want to do things their own way. Deen Dayal ji's life can teach them a lot. That is why I urge our youngsters to definitely know about him," added the Prime Minister.