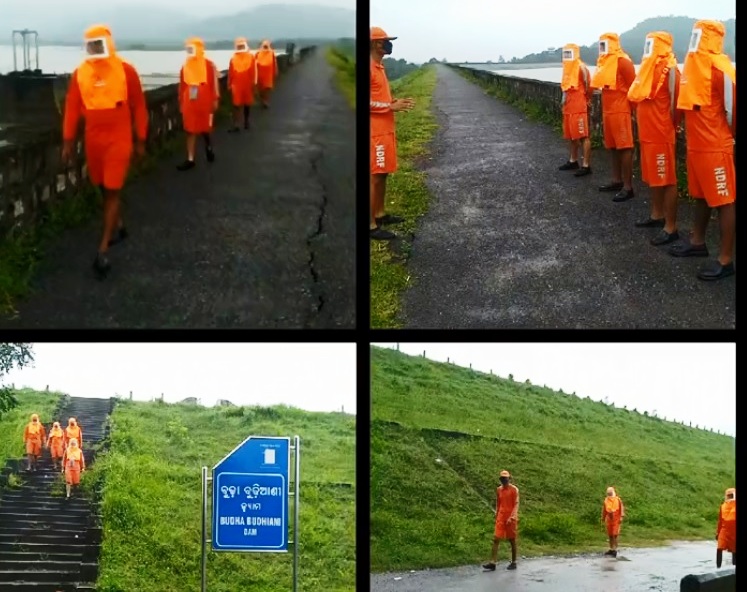 New Delhi/IBNS: The coastal areas of north Andhra Pradesh and adjoining Odisha have been put on high alert as Cyclone 'Gulab' is all set to make landfall on Sunday evening.

The India Meteorological Department (IMD) in a bulletin early this morning said the Cyclonic storm is likely to move nearly westwards and cross North Andhra Pradesh -South Odisha Coasts between Kalingapatnam and Gopalpur this evening.

Tidal wave of about 0.5 m height above the astronomical tide likely to inundate low lying areas of Srikakulam, Sompeta, Vizianagaram districts in North Andhra Pradesh and Ganjam district in Odisha during the time of landfall.

Thirteen teams of the National Disaster Response Force (NDRF) have been deployed in Odisha and five in Andhra Pradesh, said reports.

Andhra Pradesh Chief Minister Y S Jagan Mohan Reddy at a review meeting held on Saturday, on the preparedness in the wake of Cyclonic storm, directed the officials to take all necessary steps.

The officials informed the Chief Minister that they have alerted District Collectors to take all steps.

Control rooms have been set up at Village Secretariat-wise.

The officials said they have readied disaster management staff in Srikakulam and Visakhapatnam districts.

Train services on the east coast have been cancelled, diverted or rescheduled as a precautionary measure with the states bracing for the cyclone.