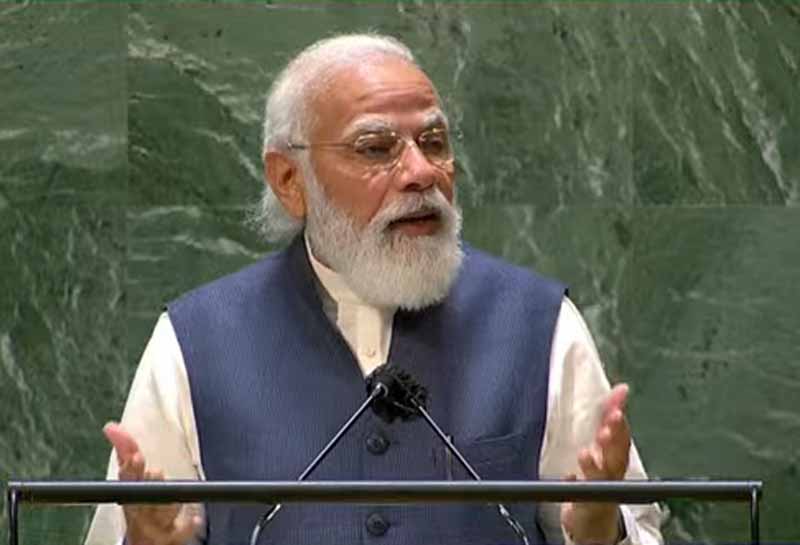 Country that uses terrorism as a tool should realise it is also a threat to them: Modi gives strong message to Pakistan at UNGA

New York: Indian PM Narendra Modi addressed the UN General Assembly on Saturday when he gave a strong message to Pakistan and said those using terrorism as a political tool should realise that it is also a threat to them.

"Those who are using terrorism as a political tool should understand that terrorism is equally dangerous for them," he said as he gave a strong indirect message to Pakistan without naming it.

"Women, children and minorities in Afghanistan need help," he said.

Read: PM Narendra Modi addressing UNGA, pays tribute to those who died due to COVID-19 pandemic

Modi made the remark at a time when Afghanistan was captured by Taliban insurgents last month as foreign forces started to leave the war-torn nation.

The Taliban took control over Afghanistan on Aug 15 after entering Kabul city.

The insurgents announced their government formation earlier this month.