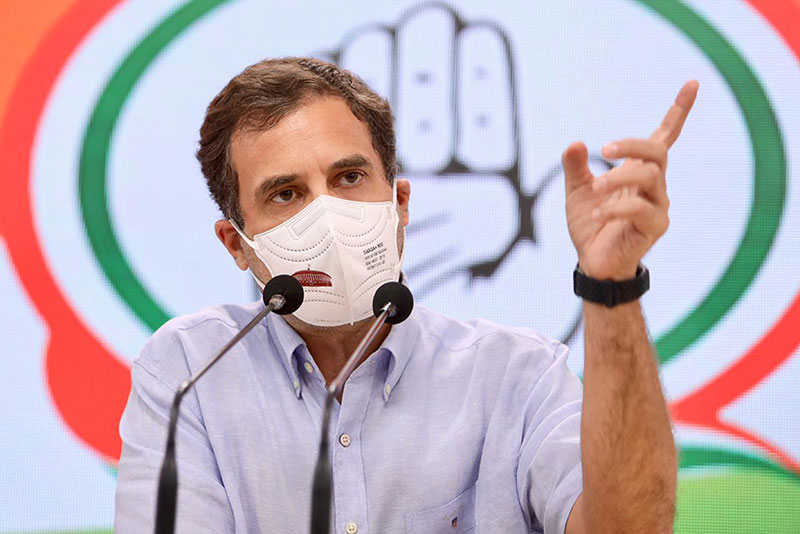 Taking to Twitter, Rahul Gandhi said, “When the poison of hatred is being spread in the country then what kind of Amrit Mahotsav?.

“What is freedom if it is not for everyone?” he added.

On Thursday, the Assam government launched an eviction drive at Dholpur in the Darrang district, where an estimated 800 families of Bengali-speaking Muslims were “illegally occupying” about 4,500 bighas of government land.

The clashes broke when the security personnel reached the area and thousands of locals gathered and raised slogans against the eviction drive.

Defending the eviction drive, state Chief Minister Himanta Biswa Sarma said, "The drive on Monday passed off peacefully. A lot of families dismantled their houses themselves and moved elsewhere. After a break of two days when the drive was re-launched on Thursday, the others tried to put up a resistance leading to the violence,”.

Recently the state government in its cabinet decision has decided to use this land for community farming.

A judicial probe has been ordered by the Assam government into the incident after reports and videos of police brutality emerged.