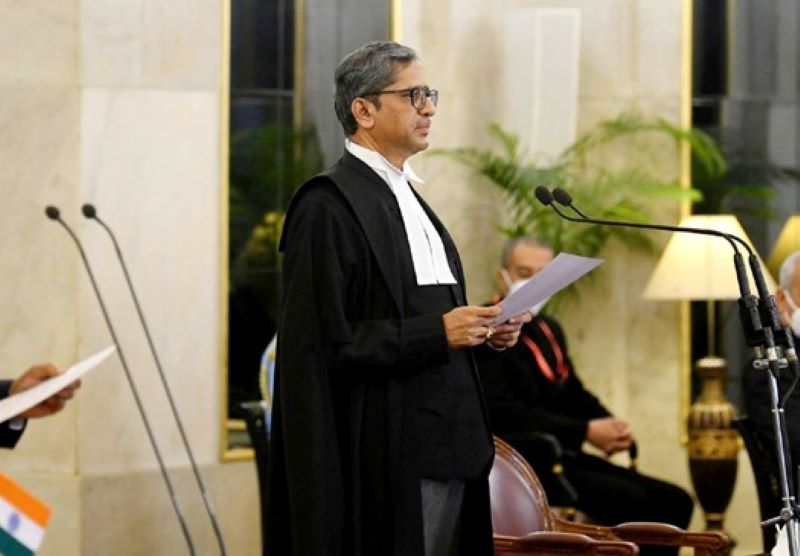 Chief Justice Ramana has spoken to the Delhi High Court Chief Justice DN Patel, asking him to speak with both the police and the bar association to ensure the functioning of the court is not hindered.

The local court in Rohini will remain closed on Saturday over security concerns, the Delhi Bar Association said in a statement.

Special force personnel escorting the gangster then fired back, killing both the attackers on the spot.