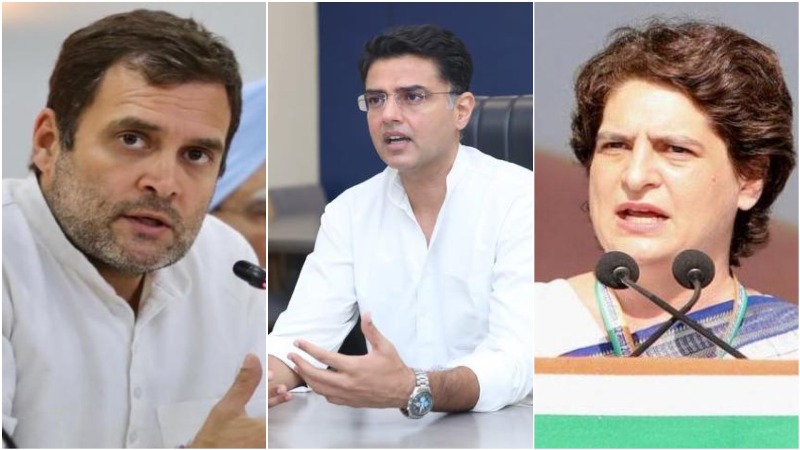 This is Pilot's second meeting with Gandhis in a week, with the latter wanting him to take the charge of Gujarat ahead of the state elections next year.

He is in a process of extracting an assurance of being made Chief Minister of Rajasthan.

This meeting is being seen as an attempt by the Gandhis to defer a leadership change in Rajasthan.

The state is currently headed by party veteran Ashok Gehlot, 70.

The meeting, which lasted for 45 minutes in Delhi, comes days after the Congress apparently handled the crisis in Punjab by appointing a new chief minister replacing Amarinder Singh - where elections are also due early next year.

However, the Congress infighting in Punjab raised speculations that a similar situation might occur in Rajasthan as well.

It is still unknown whether Pilot has agreed to take on the role of leading the Gujarat campaign ahead of the polls.

Pilot has been waiting to see his loyalists inducted into the Rajasthan cabinet, and this matter was likely discussed during his meeting with the Gandhis, said reports.

Gehlot has been under pressure for a while to expand his cabinet to accommodate Pilot's loyalists.

So far the Chief Minister has resisted making the changes that his party leadership had promised to Pilot, who was Deputy Chief Minister till June last year when he was made to resign by the party.

Last year, Pilot had revolted with the support of 18 MLAs and could be only pacified after a meeting with the Gandhis.