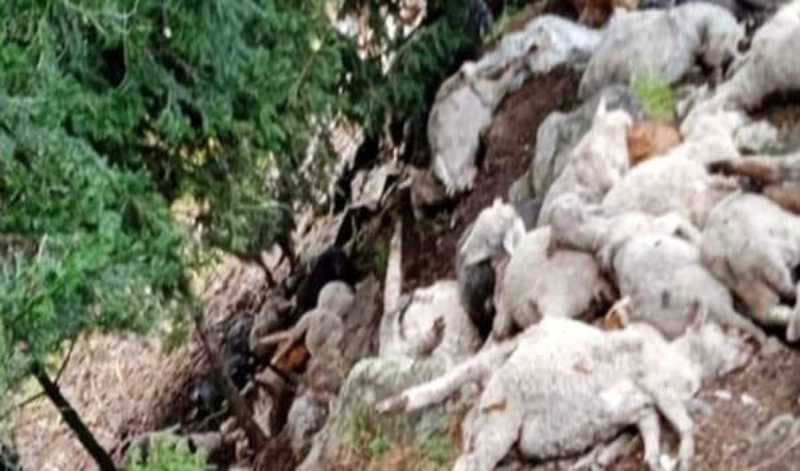 Srinagar/UNI: Two nomads were injured and dozens of sheep were killed due to a cloudburst in central Kashmir's Ganderbal district on Wednesday.

“Two nomads were injured and several dozens of sheep were killed in the incident,” Ahmad said.

He said a police team had reached the spot and was assessing the damage caused by the cloudburst.