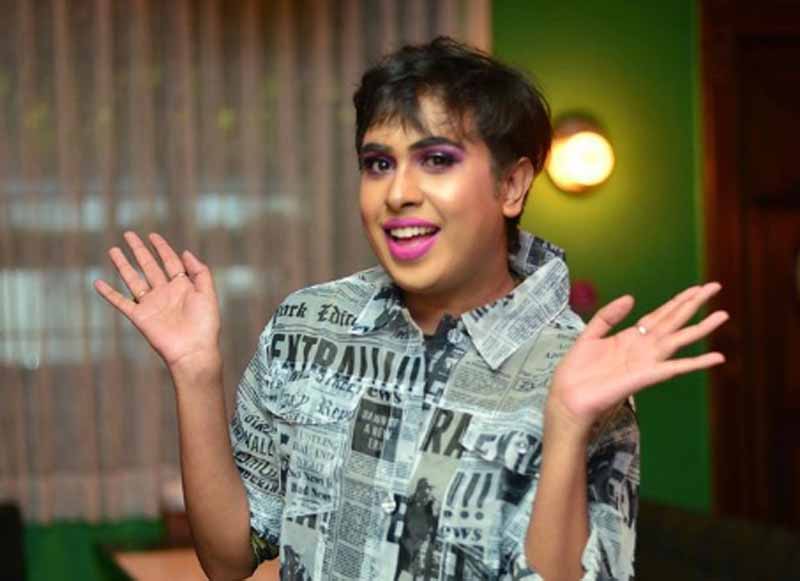 Kolkata/IBNS: The Kolkata Traffic Police have fined city-based Youtuber Sandy Saha for parking his cab on Maa flyover, dancing in the middle of the busy overpass and filming video amid heavy traffic, reports said.

Earlier on Sept 12, a full page Yogi Adityanath advertorial published on The Indian Express newspaper showcasing development in Uttar Pradesh under the BJP rule had 'mistakenly' featured Kolkata's Maa flyover and left the UP government as well as the BJP egg-faced.

A day after the incident, comedian-Youtuber Sandy Saha reached the Maa flyover crossdressing in a saffron nighty and danced on the flyover's divider to the tune of the famous song, Main Aai Hoon UP Bihar Lootne, to mock the UP government over the advertisement row.

Later, Saha uploaded the entire episode on his social media channels and it went viral immediately.

Actress-turned-TMC leader Saayoni Ghosh was among the thousands of people who appreciated this 'work' by Sandy.

According to sources in the Kolkata Traffic Police, after spotting the viral video on social media and examining the CCTV footage of the area on Maa flyover, police had registered a suo-moto case with Tiljala Traffic Guard, and served notices to the owner and driver of Sandy Saha's cab which was parked on the flyover that day violating traffic guidelines.

Besides slapping a fine on the cab's driver and owner, city police have also fined the crossdresser for dancing in the middle of the flyover dangerously amid heavy traffic.

The cabbie alleged that Sandy Saha had forced him to stop on the flyover ignoring his requests while Saha claimed he was unaware of the traffic guidelines and the cab driver had not informed him about it.