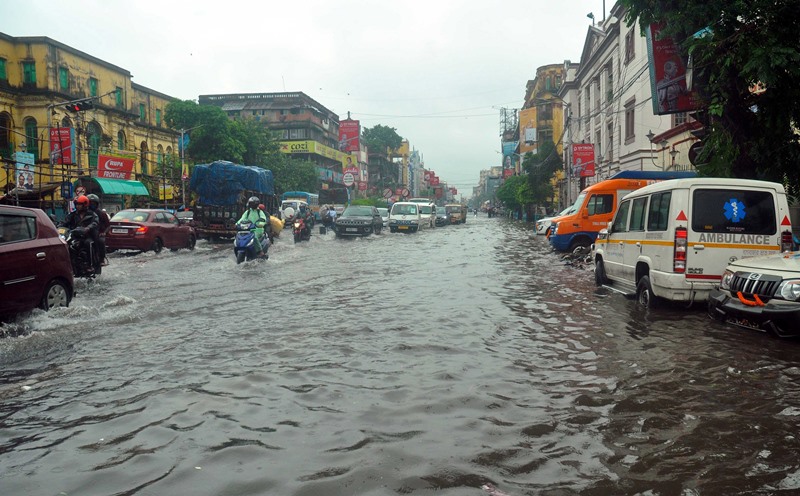 Kolkata/IBNS: Three members of a family, including a 10-year-old boy, were found dead in a waterlogged home at Khardah near Kolkata on Tuesday, a day after heavy rains lashed the eastern city.

According to reports, authorities are suspecting electrocution as the cause of death.

While one of the victims, a man, was reportedly killed as he tried to plug his cell phone into an electrical socket to charge it, his wife and son are suspected to have died trying to save him, said reports.

Their other son, who is just 4-years-old, cried for help while sitting on a bed, which prompted the neighbours to come.

The victim, identified as Raja Das, and his family were living in a housing colony that had been waterlogged for days, even before the weekend rains.

All three were declared dead on being brought to the hospital.

The incident took place at Khardah, near Barrackpore, about 30 km from Kolkata.