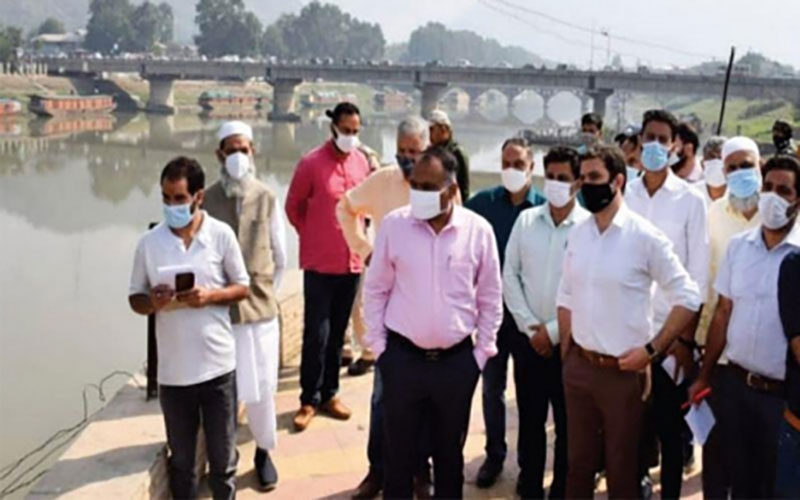 During which he minutely inspected the existing position of the Jhelum river bank including parks, ghats, boundary walls, structures, electric poles and discussed the implementation of various developments proposals presented by Srinagar Smart City Limited officers.

He also directed the urban forestry officers to cut withered out chinar trees and replace them with green chinar plants for the beautification of the riverfront.  Besides, he directed tehsildar south to conduct the ground exercise for identification of private and government land alongside the river and share the details with SSCL.

He directed concerned officers to take due care of the road and enjoined on them that there should be no width extension of the proposed footpath towards the main road.

Instead, he emphasized on increasing the width of the road wherever its width is less.

Also, he directed tehsildar to remove the encroachment on the river bank from Abi Guzar side so the land shall be put to utility under the SSC project.

Meanwhile, he also directed the development of green footpaths on the half portion of paid parking lots on the river bank.