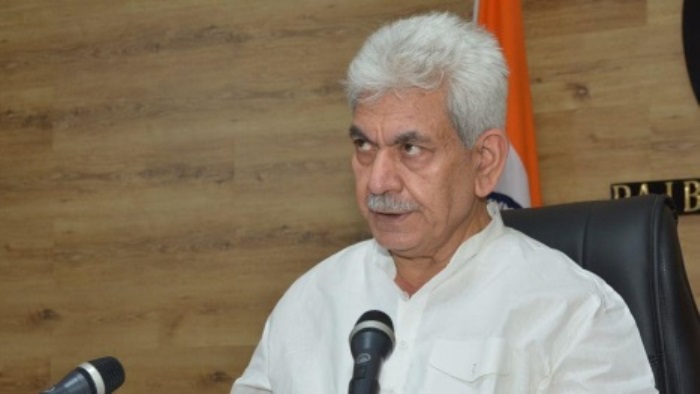 Srinagar/IBNS: In this month’s episode of 'Awaam ki Awaaz', Lieutenant Governor Manoj Sinha spoke on the need for rehabilitation of the displaced communities from the valley.

He also outlined the recently launched online facility whereby the aggrieved families can submit their applications to get justice with respect to their immovable properties.

“To undo the injustice of decades, we are committed to bring back all the families who were forced to leave in despair, and restore the culture of glorious brotherhood in the valley”, he added.

In Monday's episode of Awaam Ki Awaaz, he spoke on the suggestion of Sanjay  Kumar Pandita who had written on the need for introducing the teaching of  Sharda script at various levels of education.

He also mentioned Sadaket Ali from Doda who suggested the creation of separate sections for Bhalesi,

To a suggestion from Prof. Geer Mohammad Ishaq from Srinagar, Sinha underlined the indispensable need for inculcating the problem-solving skills, logical, creative and scientific temper in the realm of education.

On the issue of infrastructural delays and approvals, and the need for climatic specific construction techniques highlighted by Vickey Mattoo, he said since last August, a total of 21,943 projects have been completed and with the incorporation of many best practices, a new era of Accelerated Project  Finalization and Approval has been ushered in J&K.

Mentioning Joginder Bhandari who had passionately written on engaging the local youth in the big power projects, he assured that no outsider will be given jobs in posts where the local youth are qualified and that the overall mechanism is always created to cater to the needs of local people in the best possible way.