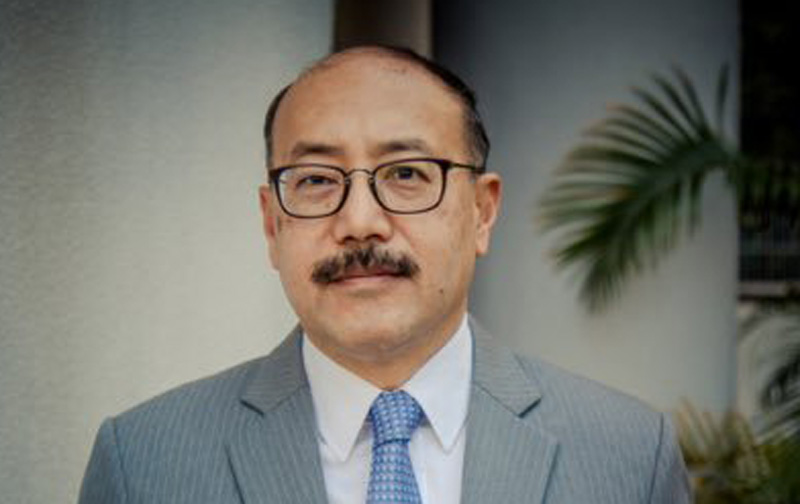 New Delhi/UNI: As an immediate neighbour, India is naturally concerned about the recent changes within Afghanistan and their implications for the region, Foreign Secretary Harsh Vardhan Shringla said on Monday, adding that India is also monitoring the developments related to the humanitarian needs of Afghanistan.

He said the UN Security Council resolution on Afghanistan, adopted on August 30 under India’s presidency, demands that Afghan territory not be used for sheltering, training, planning or financing terrorist acts; and specifically refers to terrorist individuals proscribed by the UN Security Council, including the Lashkar-e-Taiba and Jaish-e-Mohammad.

In his remarks on ‘India's Foreign Policy and Its Strategic Imperative: The Way Forward’ at the 6th JP Morgan ‘India Investor Summit, Shringla also referred to the relations with China.

He said Chinese attempts over the last year to unilaterally alter the status quo in Ladakh have seriously disturbed peace and tranquility in the border areas.

“These acts are in violation of our bilateral agreements and have inevitably impacted other aspects of the bilateral relationship,” the Foreign Secretary said.

He said India has made it clear to the Chinese side that peace and tranquillity in border areas is essential for development of our relationship.

“Development of India-China relationship can only be based on ‘three mutuals’- mutual respect, mutual sensitivity and mutual interests,” he said.

On Afghanistan, he said India’s immediate focus in the last few weeks has been on the evacuation of Indian nationals from the country.

“Most Indian nationals have been able to leave Kabul in August. A number of Afghans, including minorities, who wanted to travel to India, have also been able to do so. However, this process could not be completed due to the security situation at the airport. Resumption of flights from Kabul airport is, therefore, a priority. We are closely monitoring the unfolding situation,” he added.

Referring to India’s Presidency of the UN Security Council in August 2021, he said that during the month the UNSC met three times to discuss the situation in Afghanistan and at the last of these meetings, the Council adopted UNSC Resolution 2593, “which comprehensively addressed the main pending issues relating to Afghanistan”.

“India is also monitoring developments related to the humanitarian needs of Afghanistan.”

“India’s approach to Afghanistan has been guided by our civilizational relationship with the Afghan people.”

Referring to the development works done in Afghanistan, he said India has extended over USD 3 billion as development assistance for the welfare of the people of Afghanistan.

India has undertaken over 500 developmental projects spread across all 34 provinces of Afghanistan.

“These initiatives have earned us tremendous goodwill in the country. Our friendship with the Afghan people will continue to guide our approach in the future,” he added.


Elaborating on one of the pillars of Indian diplomacy -- to be a force for global good, he said “it is to be Vasudaiva Kutumbakam in action”.

He said that even during the “darkest days” of the pandemic, India appreciated that it was a part of the global community. “It has done its best to ensure that it is a reliable partner in global healthcare supply chains under extreme stresses. It has made its scientific expertise, its pharma products and its vaccines available for the greater good.”

“India also believes in a broader concept of human security. India has made an enormous effort to improve the security situation in its neighborhood and extended neighborhood.”

He said a whole series of efforts that are preventive in nature and based on cooperative mechanisms are being pursued energetically.

“They promote sharing of information and interoperability, and are more about policing and law-enforcement than about the military," he said.

“India has been described as a net provider of security and first responder with good reason,” Shringla said.

Referring to India’s development partnerships, he said it is spectrum operation with a presence in Asia, Africa, South America and in the Pacific.

“Whether it is by constructing parliament or court buildings, hospitals, educational institutions for its friends or improving connectivity, India exports its values through such partnerships," he added.