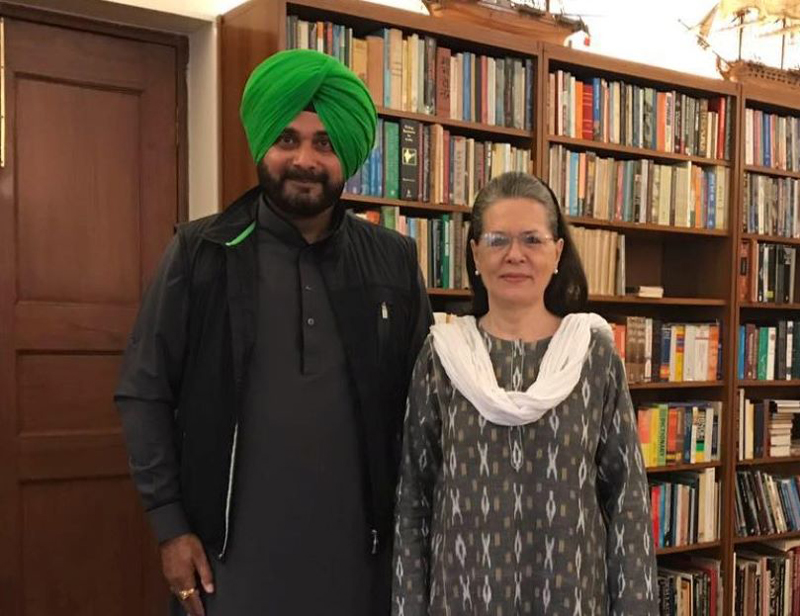 Chandigarh/UNI: Punjab Congress Legislature Party (CLP) meeting scheduled to be held for the second consecutive day on Sunday to elect a new leader of the CLP was deferred till further instructions from the party leadership.

The decision to this effect has been said to be taken by Congress Acting President Sonia Gandhi after Ambika Soni, a senior party functionary and former Union Minister, refused her offer to head the state government in Punjab.

The CLP meeting was re-scheduled for this morning following the directions from Sonia Gandhi to get the name of Ms Ambika Soni cleared in the meeting was soon after cancelled after Ms Soni declined to accept the offer.

The party high command by forwarding the name of Ambika Soni, though she had declined the offer, has sent a clear message to the PPCC that Navjot Singh Sidhu was not the ultimate choice for the high command to be relied upon as the new incumbent as chief minister of the state.

In the meanwhile there are certain reports also that Jalandhar Cantt MLA Pargat Singh, a close confidant of Navjot Singh Sidhu, met AICC general secretary Harish Rawat, in-charge party affairs and held a closed door meeting in Chandigarh but the excerpts of the meeting are yet to be cleared.

On the other hand, rumors have started taking rounds that after the high command pushed Soni's name, Navjot Singh Sidhu has started carving out new strategy to thwart the efforts of the outgoing Chief Minister Capt Amarinder Singh who had launched a massive tirade against Sidhu to keep him from becoming the obvious choice.

The high command as is learnt at the moment did not want to be on the wrath of Capt Amarinder Singh who had quit the post alleging that he felt insulted and humiliated and that any more such move at the behest of the party high command would cost heavily to the party not in Punjab but also in other Congress ruled states which are reeling under similar kind of crisis of ego and personality cult.