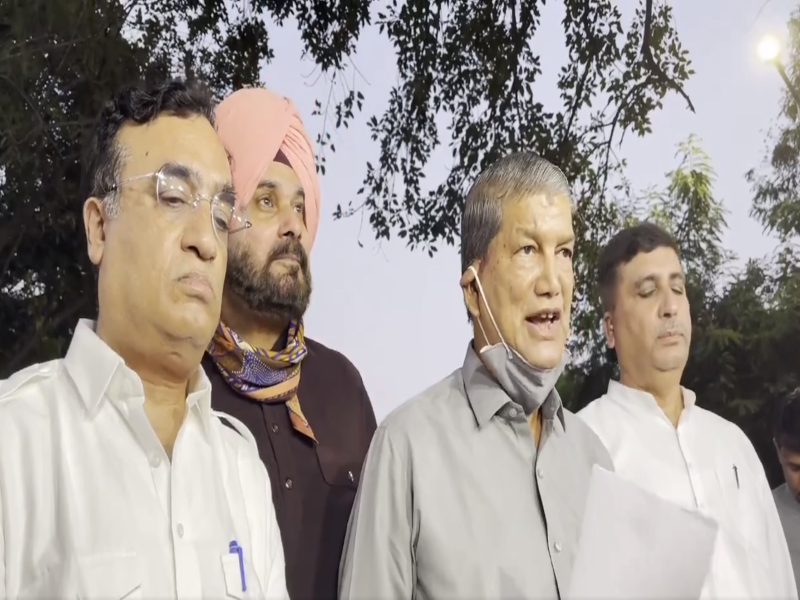 Chandigarh/UNI: A meeting of the Congress Legislature Party (CLP) held on Saturday evening was attended by 78 out of 80 MLAs, who unanimously passed two resolutions - on thanking the outgoing chief minister Amarinder Singh, and the second asking party president Sonia Gandhi to chose his successor.

Talking to media after the meeting, party's Punjab in-charge Harish Rawat lauded his administration and leadership.

"First proposal was to thank Amarinder Singh for his work. We hope we will keep getting his guidance," Maken said.

"Second proposal was to give Congress President Sonia Gandhi the right to choose the next leader of CLP. Both resolutions were unanimously passed," he said.

A miffed Amarinder Singh resigned on Saturday after being asked by party's central leadership. After tendering his resignation to the governor, the Congress leader said he resigned as her was feeling "humiliated".