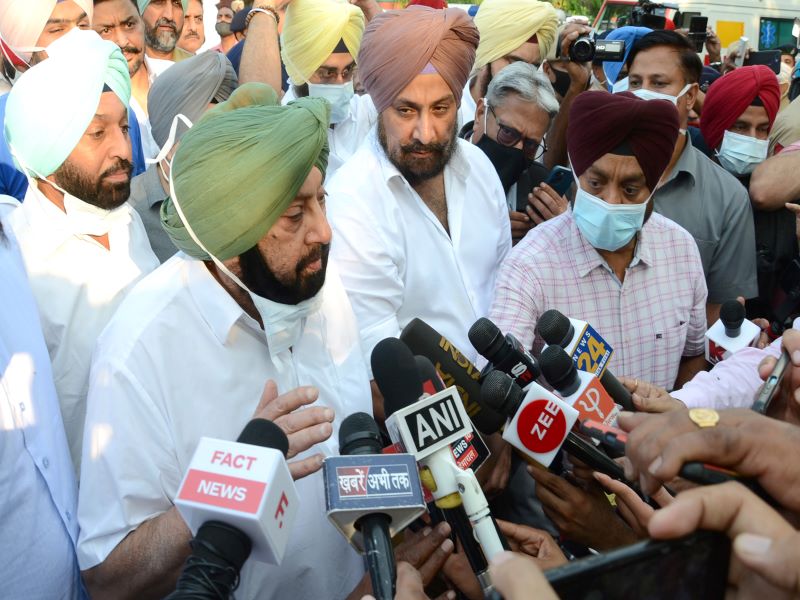 Chandigarh/IBNS: Captain Amarinder Singh's resignation as the Punjab Chief Minister today elicited some strong criticism from a spectrum of political parties and leaders.

Ordinarily I wouldn’t give a toss about the fratricide in the Congress party - their party, their business. However what the Congress does has a direct fallout for every political party outside the NDA orbit because almost 200 Lok Sabha seats see a direct BJP - Cong fight.

"Captain Amarinder Singh has resigned as Punjab Chief Minister. This script was written on the very day that Navjot Singh Sidhu joined the Congress," he tweeted.

The cricketer-turned-politician was with the BJP but entered Congress in 2017 in hopes of better opportunities.

In the past few months, he has been a bitter critic of Singh, raining a barrage of disparaging comments.

As Sidhu moved closer to the Gandhis, he was elevated as the chief of the Punjab Congress. In what seemed the end of a long and bitter feud, Amarinder Singh said he agreed to Sidhu's promotion on the condition that as the chief minister he would have the upper hand in all matters of the state as well as the next year's assembly elections.

Even after resigning, Singh declared that "incompetent" Sidhumust not be considered as his replacement.

In a barb, the Shiromani Akali Dal (SAD), both Congress's and Singh's long-time rivals, tweeted in Gurumukhi, "Those who fight only for the 'chair' have never fought for the interests of farmers and Punjabis, nor can they ever fight."

Senior Aam Aadmi Party (AAP) Punjab leader Harpal Singh Cheema said that the Congress infighting has done a lot of damage to Punjab and its people.

Adding a caustic remark, he said,“No matter how many faces, the Congress may change, but in the upcoming elections, the people of Punjab will make the condition of the Congress worse than the Akali-BJP.

"By changing Ali Baba, the rest of the thieves will not become innocent.”

He said all the Congressmen are trapped in the quagmire of mafia rule that has been going on for 4.5 years. “No matter how many faces the Congress may change, but it cannot change its false, corrupt and opportunistic nature,” he added.

"The Congress is a 'sinking Titanic ship' today and now no captain can save it from sinking," he said and added that the present reshuffle in the Congress is the last attempt to mislead the people of the state so that the rest of the party is made holy by only blaming Capt Amarinder Singh for the failure of four-and-a-half years.