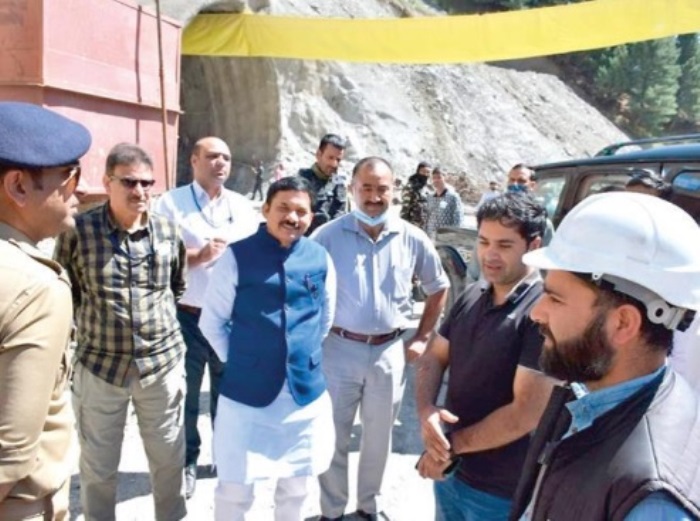 Sonamarg/IBNS : Union Minister of State (MoS) for Communications Devusinh Chauhan Friday visited the under-construction Zojila tunnel and took stock of the work and progress on the project.

An official spokesman in a statement issued said that he asked the executing agency to maintain the highest standards of quality besides completing the project at the stipulated deadline.

The minister was apprised that the tunnel is 14.15-km long and would be completed at an estimated cost of Rs 2,100 crore.

He was informed that the tunnel would reduce the travel time between Srinagar and Leh by nearly 3 hours.