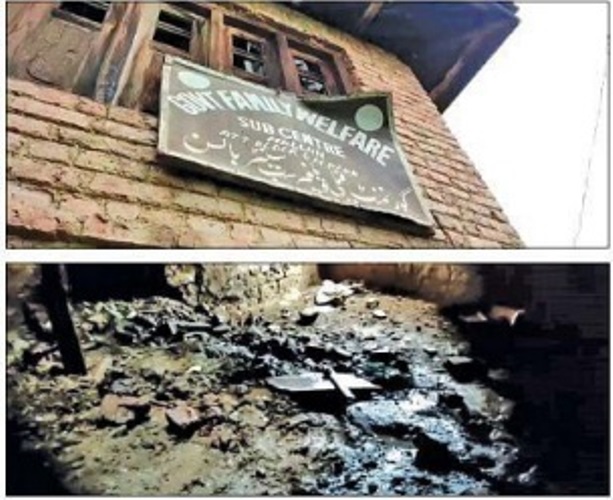 “Out of 60 students, 23 are girls. It is a matter of pride for us and I extend my best wishes to all the young boys and girls in their careers. The 60-bed hospital has seven departments – Medicine, Surgery, ENT, Obstetrics and Gynecology,  Pediatrics, Dermatology, and Treatment by Non-medicinal lifestyle,” Sinha said.

Lauding the efforts of the concerned officers and executing agency for arranging the comprehensive health facility at a very low cost, the Lt Governor said the Ganderbal Unani Medical College and Hospital will provide basic health services to the population of other districts as well.

Union AYUSH Minister, Sarbananda Sonowal said that with the starting of the first BUMS course, Government Unani Medical College will help promote indigenous systems of medicine in Jammu and Kashmir (J&K), and also act as a tertiary care health facility.

He further said that AYUSH Ministry is determined to provide basic healthcare services to the people of Jammu and Kashmir.

Terming the Unani Medical College as the first Government Unani College of modern times, the Lt Governor said that like many projects, this college too was conceived 10 years back but only in the last two years has it been completed with focused work.

The college constructed under the central government scheme at an estimated cost of Rs 32.50 crore received financial assistance of Rs 17 crore from the Ministry of AYUSH.

The Lt Governor said that efforts are afoot for promoting the Ayurveda system in J&K.  AYUSH Health and Wellness Centers are being set up at different places across the UT by the Ministry of AYUSH.

Listing out the data of Health Sector the Lt Governor said, according to the National Family Health Survey, the neonatal mortality rate came down to single-digit 9.8 per cent in 2019-20, from 23.1 per cent in 2015-16.

Observing that there was no health insurance scheme in J&K before 2019, the Lt  Governor said that the Prime Minister gave a scheme named Ayushman Bharat Sehat to the northern union teritorry in December 2020, in which health insurance of five lakh per family is being provided to all citizens without any discrimination.

49 lakh beneficiaries are registered and 45.48 lakh golden cards have been made available.