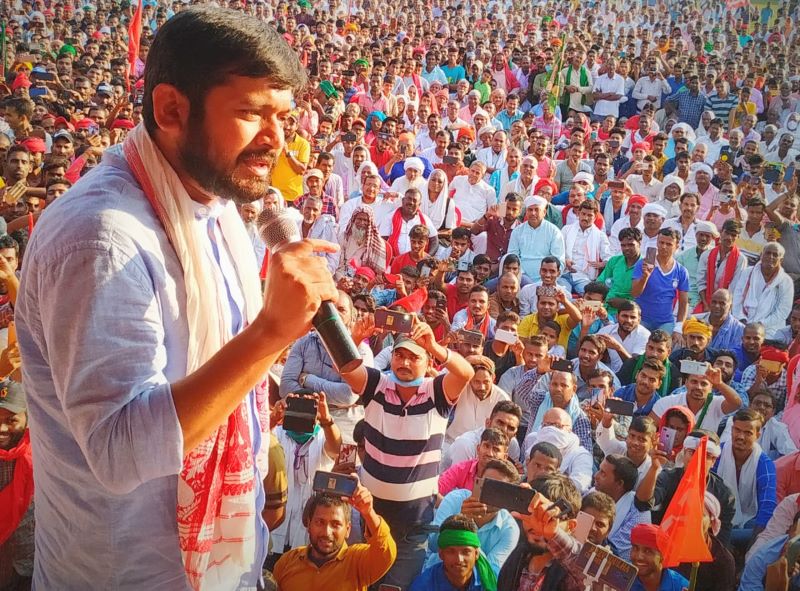 Thiruvananthapuram/UNI: CPI leader and former JNU Students Union President Kanhaiya Kumar will not leave the party though a section of media is propagating false news in this regard, CPI Kerala Unit Secretary Kanam Rajendran said on Friday.

"Earlier also there were reports that CPI National Executive member Kanhaiya Kumar will join the Congress party. Such false news is being propagated in an organised manner by a section of the media," Rajendran told newspersons here.

"Such baseless news is coming up in the wake of Kanhaiya Kumar's meeting with Congress leader Rahul Gandhi. This is not the first time that Kanhaiya Kumar discusses National issues with Mr Gandhi. There is nothing unnatural in it," he clarified.

"What is wrong in discussing issues facing the country with the former Congress President. The false propaganda will not weaken Kanhaiya Kumar or the CPI," Rajendran said.

The CPI state secretary alleged that though the photos of Kanhaiya Kumar attending the National Executive Meeting and arriving at party headquarters 'Ajoy Bhavan' in New Delhi were shared in social media, it has been conveniently ignored by those propagating false information.

Kumar, who is consistently fighting against Sangh Parivar threats, is a young leader and firmly rooted in communist ideals, he added.