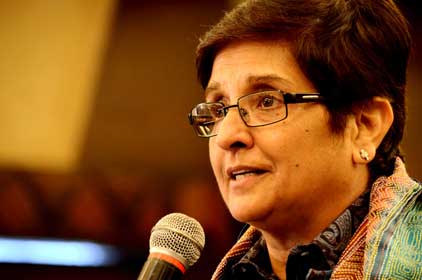 Kiran Bedi to be CM nominee for BJP in Delhi polls

The announcement was made after the BJP’s  parliamentary board meeting here which was attended by the top leaders of the party.

"We will fight the polls under Bedi's leadership," Shah said.

Shah said she will fight the polls from the Krishna Nagar seat.

"The decision to make Kiran Bedi the party's chief ministerial candidate for Delhi was supported by all members," Shah said.

Delhi Assembly elections will be held on Feb. 7.