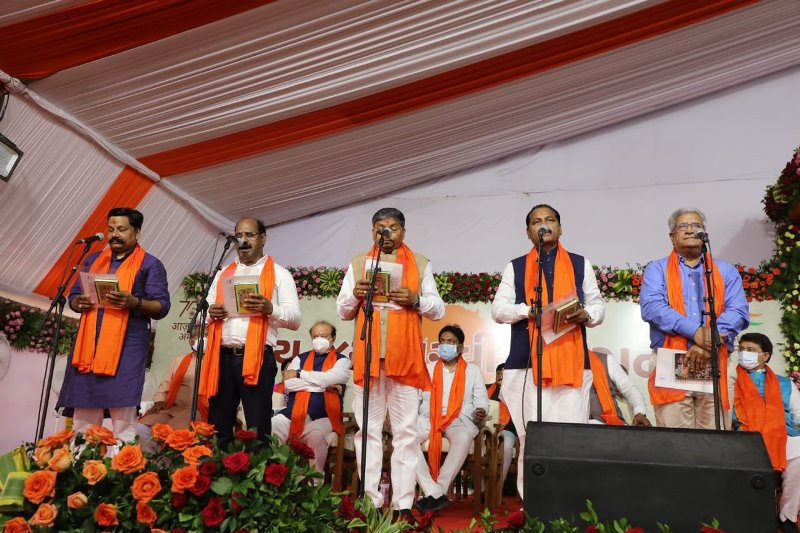 Gandhinagar/UNI: Twenty-four new ministers were sworn in on Thursday in Gujarat, days after Bhupendra Patel replaced Vijay Rupani as the Chief Minister of the state.

The change of face for BJP, a little over a year ahead of the next Assembly polls in the state, came after Rupani resigned from the Chief Minister's post on Sept 11.

Gujarat Governor Acharya Devvrat administered oath to the ministers, including Rajendra Trivedi who resigned as the Assembly speaker ahead of the swearing in.

Kiritsinh Rana, who served as a minister in Gujarat earlier, Raghavji Patel, who quit Congress to join BJP after the 2017 Assembly election, and former state BJP chief Jitu Vaghani are among the ministers.

The oath-taking ceremony was scheduled to be held on Wednesday. However, it was postponed by a day as party leaders held marathon meetings to decide the new faces for ministership.