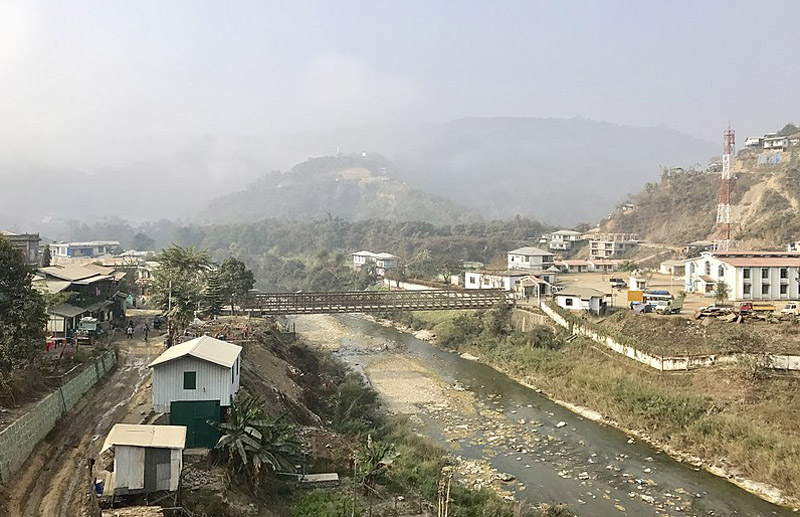 Guwahati: More than 2100 people, including many children from Maynmar’s Chin state, have crossed over to Mizoram in past few days after military airstrikes in the bordering villages along Mizoram-Myanmar border.

According to reports, around 1600 people from Myanmar’s Chin state have taken shelter alone in Mizoram’s Hnahthial district after clashes erupted between the Chinland Defense Force (CDF) cadres and the Myanmar military broke out at Lungler village in Thantlang town in Chin state along Mizoram-Myanmar border on September 10.

A top official of Hnahthial district administration said that around 1600 people including many children have now taken shelter in different parts of the district.

“The district administration has made temporary shelter homes for the refugees. Many NGOs, civil society groups have also provide foods, cloths, medicines and other basic necessities to the Myanmar refugees.” the government official said.

The government official further said that, influx from Myanmar to Mizoram is still continuing.

Many other Myanmar people have also taken shelter in other districts of Mizoram.

The people from Myanmar have taken shelter in at least 16-17 villages in Mizoram’s three districts – Hnahthial Champhai and Lawngtlai, bordering with Myanmar by crossing Tiau river through small country made boats.

Mizoram Home minister Lalchamliana said that, around 1900 people from Myanmar have crossed over to Mizoram in recent days.

According to the reports, around 10,000 refugees including 20 Myanarese legislators are taking shelter in different parts in Mizoram since March this year.