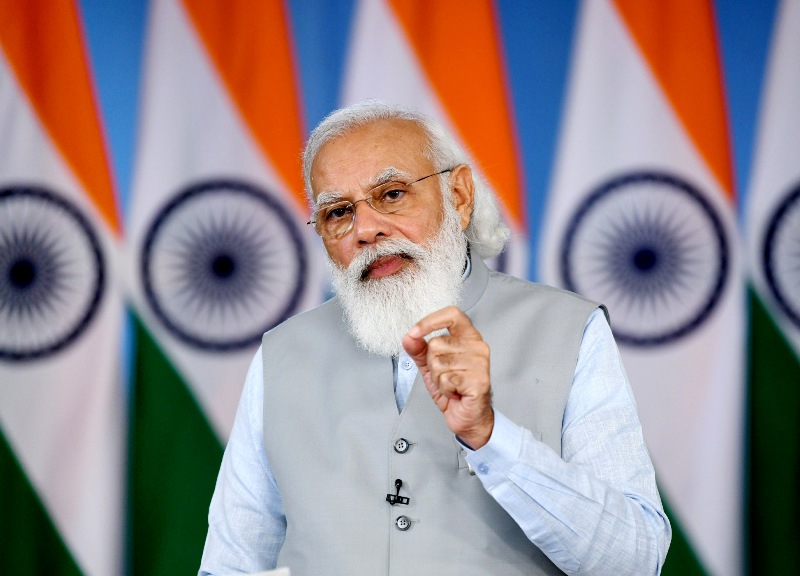 The event is being held in the Tajikistan capital of Dushanbe amidst the situation in neighbouring Afghanistan that is under Taliban rule.

The 21st Meeting of the SCO Council of Heads of State will be held on September 17 in Dushanbe in a hybrid format. The meeting will be chaired by the President of Tajikistan Emomali Rahmon.

Prime Minister Modi will lead the Indian delegation and address the plenary session of the Summit via video-link, while India will be represented at Dushanbe by External Affairs Minister S. Jaishankar.

The SCO Summit will be attended by the leaders of the SCO Member States, Observer States, Secretary General of the SCO, Executive Director of the SCO Regional Anti-Terrorist Structure (RATS), President of Turkmenistan and other invited guests, an official statement said.

This is the first SCO Summit being held in a hybrid format and the fourth Summit that India will participate in as a full-fledged member of SCO.

The Summit assumes significance as the organization is celebrating its 20th anniversary this year.

At the Summit, the leaders are expected to review the organization’s activities over the past two decades and discuss the state and prospects of future cooperation. Topical issues of regional and international importance are also expected to be discussed, it said.

Russian President Vladimir Putin will attend the SCO Summit via video link as he has to go into self-isolation after confirmation of COVID-19 cases among people surrounding him.

In 2017, India and Pakistan became members of the regional body that focuses on political, security, economic issues.

The SCO was established in 2001 with six founding members -- Kazakhstan, Kyrgyzstan, China, Russia and Tajikistan, and Uzbekistan. With India and Pakistan, the SCO has eight member states currently. It has four observer countries - Afghanistan, Belarus, Iran and Mongolia.

Tehran is soon to become a full member of the Shanghai Cooperation Organization (SCO). Tehran received observer status at the SCO in 2005, after which it applied for full membership in 2008. However, until 2015, Iran could not be admitted due to the existing international sanctions.

Iranian President Ebrahim Raisi is to fly to Dushanbe for the summit. This will be his first foreign trip since his election to the post in June this year.

Iran's participation will also be important in view of the situation in Afghanistan.