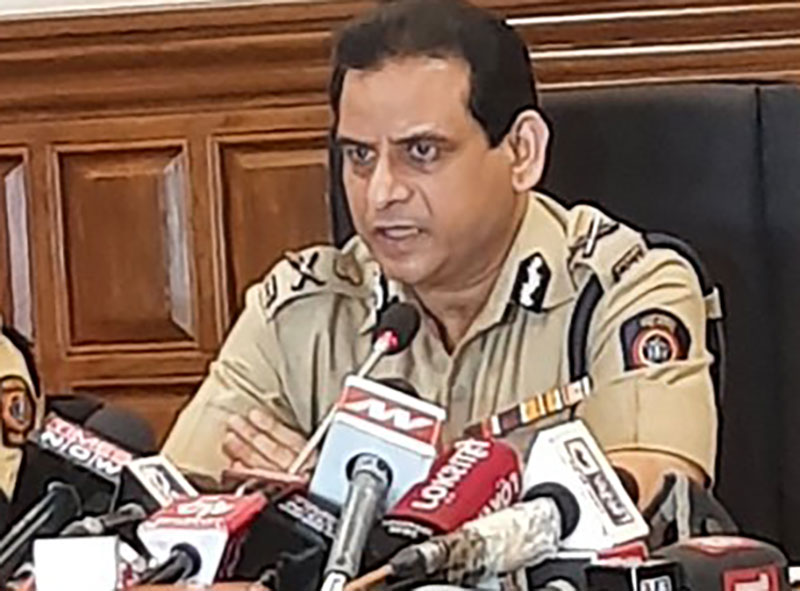 Mumbai/IBNS: A monetary dispute was behind the brutal rape and murder of a woman in Mumbai's Sakinaka, Mumbai Police Commissioner Hemant Nagrale said on Monday, according to media reports.

Nagrale said that the accused had confessed to the crime, and there was nothing so far in the investigation to indicate that the crime was premeditated, according to an Indian Express report.

The 32-year-old woman was sexually assaulted and a sharp object was inserted in her private parts by the accused, identified as Mohan Chouhan, on Thursday night.

On Friday evening, the police arrested the Chouhan on the charges of rape.

After the woman succumbed, murder was added to the FIR.

Nagrale said the victim and the accused knew each other and had met several times.

"During investigation, we have learnt that they had met four to five times in the past. There was some monetary dispute and the victim was demanding something from him, over which there was a verbal argument, after which the incident took place,” he was quoted as saying by the Indian Express.

They were both homeless and lived on the same stretch of road in Sakinaka.

The accused is a tempo driver and belongs to Jaunpur in Uttar Pradesh (UP), police said.

No criminal records have been found against him, but the police are trying to learn if he committed any crime in UP.

The police identified Chouhan and arrested him from his sister’s house before he could flee.

After committing the crime, he went to his sister's house, where he took a bath and washed the blood stains.

“The accused has confessed to his crime. We have established the sequence of events and recovered the weapon that was used during the assault,” Nagrale said, according to the the report .

Since the woman was a Dalit, police on Sunday also invoked sections of the Scheduled Castes & Scheduled Tribes (Prevention of Atrocities) Act, 1989.

According to the report, Demanding the strictest punishment for the perpetrator, the victim's sister said, "My mother is disabled and runs a vegetable stall, which barely makes enough for the house rent. That is the only source of income. I have my two daughters to look after and live far off in Thane district. After my sister’s death, her children have no other relative who can pay for their education and think about their wellbeing. I request the government to provide her daughter’s accommodation and sponsor their education,” her sister said, demanding the strictest punishment for the perpetrator of the crime.