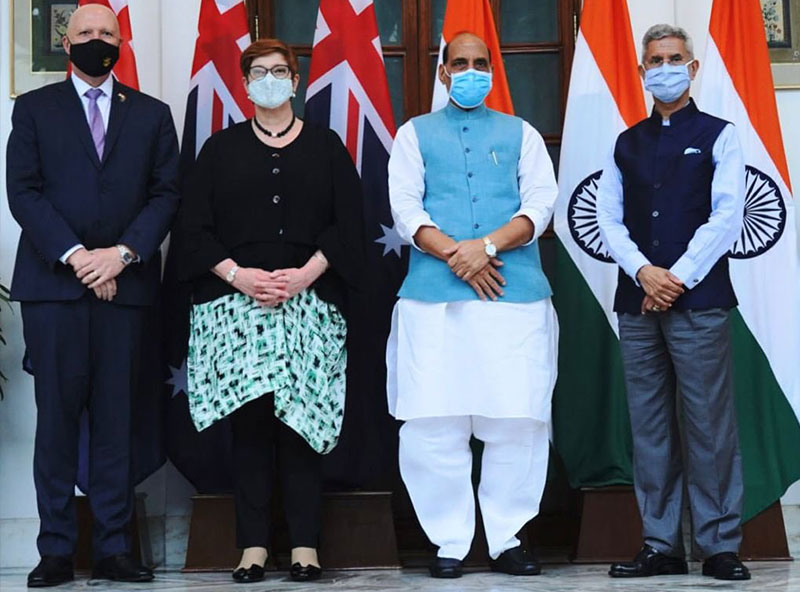 New Delhi/UNI: Dismissing comparisons of the Quad alliance with the NATO, External Affairs Minister S. Jaishankar said on Saturday that while the North Atlantic Treaty Organization is a “Cold War term”, the Quad is working on issues like vaccines, supply chains, education and connectivity, which the NATO is not involved in.

Answering questions after holding the inaugural India-Australia 2+2 ministerial dialogue between their foreign and defence ministers here, Jaishankar also said that it is “important not to misrepresent the reality of the Quad”.

“We call ourselves Quad and it is a platform where four countries have come to cooperate for their benefit and the benefit of the world. I think a term like NATO is very much a Cold War term, looking back.

“I think Quad looks in the future, it reflects globalisation, it reflects the compulsions of countries to work together. And the kind of issues Quad is focused on today, vaccines, supply chains, education, connectivity, I can’t see any relationship between such issues and NATO or any other kind of organisation like that,” he said.

“I think it is important not to misrepresent what is the reality out there," he added.

Australian Foreign Minister Marise Payne, said that the EAM had articulated the response ‘extremely well’ and added that both countries have reenergised relations, “and there is also the opportunity to work through smaller groups like the Quad and other regional architecture like the East Asia Summit and the ASEAN Regional Forum”.

She said the Quad countries of India, Australia, the US and Japan, “have a positive and practical agenda, on vaccines, climate change, around critical technology and also trying to address some of the dangerous misinformation that pervades the world experience in relation to the pandemic”.

She said that the Quad is “overwhelmingly about contributing positively for the open, inclusive and resilient region in which we all want to live in.”