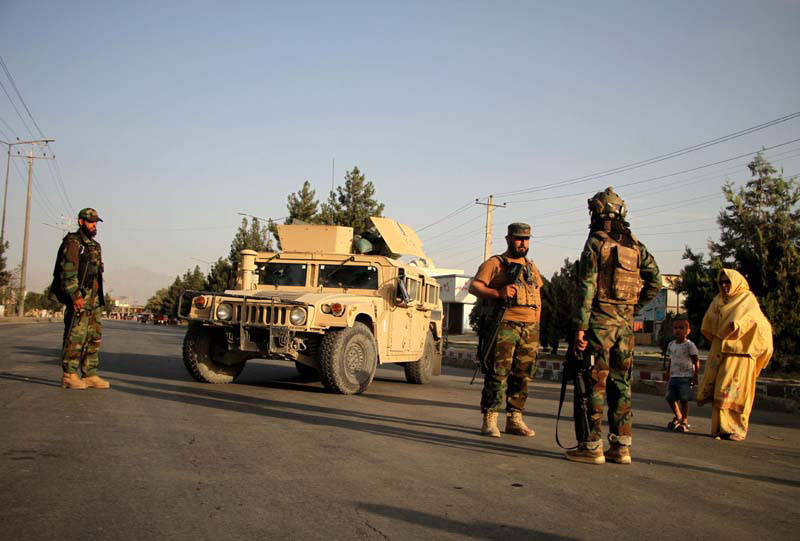 Situation in Afghanistan very fragile, Taliban should now adhere to commitments made: India at UN

United Nations/UNI: Terming the situation in Afghanistan as “very fragile”, India said that as its immediate neighbour and a friend to the Afghan people, the situation in the country is of direct concern, and stressed that it is important for the Taliban to adhere to its commitments not to allow its territory to be used for terrorist acts.

India also called for an “inclusive dispensation in Afghanistan, which represents all sections of Afghan society” and added that “a broad-based inclusive and representative formation attained through an inclusive negotiated political settlement would gain greater international acceptability and legitimacy”.

The remarks by India’s Permanent Representative to the UN Ambassador T.S. Tirumurti at the UN Security Council Debate on Afghanistan on Thursday, come days after the Taliban announced a caretaker government, which comprises largely of persons on the UN Sanctions List.

Tirumurti said India has consistently called for a central role for the United Nations in Afghanistan. “We have witnessed dramatic changes in the situation in Afghanistan in the course of the last month,” he said and referred to India’s presidency in August when the UNSC met thrice and collectively pronounced on the prevailing situation in the country.

He said the UN Security Council resolution 2593 on Afghanistan, adopted during India’s presidency, “clearly sets out the Council’s expectations on a range of critical and immediate issues”.

“It took into account some of our collective concerns, in particular on terrorism, where it noted the commitment of the Taliban not to allow the use of Afghan soil for terrorism, including from terrorists and terrorist groups designated under UN Resolution 1267.”

The resolution has underlined that Afghan territory should not be used to threaten or attack any country or to shelter or train terrorists or to plan or to finance terrorist acts, said Tirumurti.

But the “deplorable” Kabul airport terrorist attack of last month showed that “terrorism continues to pose a serious threat to Afghanistan”.

“It is therefore important that commitments made in this regard (by the Taliban) are respected and adhered to,” he added.

The Kabul airport attack on August 26 killed over 150 people, including 13 US troops, and wounded scores. The ISIS-Khorasan claimed responsibility for the suicide attack on the multitudes of people gathered outside the airport seeking to leave the country.

Pakistan-based Lashkar-e-Taiba and Jaish-e-Mohammed terror groups as well as the Haqqani network are proscribed terror entities under the UNSC resolution 1267.
Tirumurti said that he hoped the Taliban will also respect its commitment to allow Afghans to travel abroad and ensure secure departure for them and all foreign nationals.

He said that uncertainties abound about the future of the Afghan people as well as about sustaining and building on the gains achieved over the last two decades.

“In this context we reiterate the need for the voices of Afghan women to be heard, aspirations of the Afghan children to be realised, and the rights of minorities to be protected.”

“We call on humanitarian assistance to be provided urgently and underline the need to provide unhindered access to UN and other agencies in this regard,” Tirumurti said.

Saying that Afghanistan has already seen enough bloodshed and violence in recent years, India also called on the international community to come together rising above any partisan interests “to stand together with the people of Afghanistan in their desire for peace, stability and security in the country”.
“We need to enable all Afghans, including women, children and minorities to live in peace and dignity,” he added.

He said that when the council decides on the UNAMA (United Nations Assistance Mission in Afghanistan) mandate “We call on all members to keep our focus centered on the Afghan people and their expectations from the international community to stand by them in this hour of crisis.”

UN Secretary-General Antonio Guterres's Special Representative for Afghanistan, Deborah Lyons, raised the issue of the Taliban's leadership being on the UN's Sanctions List of terrorists.

Of the 33 members of the caretaker government announced by the Taliban, 17 are on the UN sanctions list, including Prime Minister Mullah Mohammad Hassan Akhund, the two deputy prime ministers, the Foreign Minister, Defence and Interior Minister.

"All of you will need to decide which steps to take regarding the sanctions list, and the impact on future engagement," she told the Council.