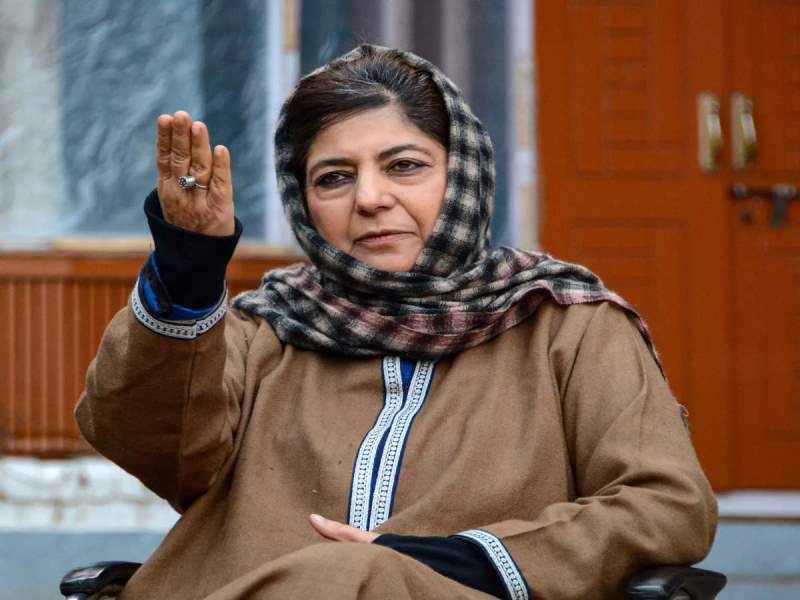 Srinagar/IBNS: The Taliban, which announced a caretaker government in Afghanistan on Tuesday, must follow true Sharia (Islamic law), which ensures rights to one and all, including women, Jammu and Kashmir's Peoples Democratic Party president Mehbooba Mufti said today.

The Taliban stormed into power in Afghanistan, capturing key cities and districts at a startling speed as the US-led NATO forces began withdrawing troops on May 1.

"Taliban has come to the fore as a reality. Its image in the first time in power was that of anti-human rights. If it wants to govern Afghanistan, it will have to follow the true Sharia law as laid down in the Quran which guarantees rights of women, children and elderly," Mufti was quoted as saying in a media report.

On August 15, Taliban entered the capital city of Afghanistan, Kabul, and seized power in the country. As the Taliban advanced in the country, hundreds and thousands of Afghans, both Muslims as well as minorities fled the country, fearing the ruthless implementation of Sharia by the extremist terror group.

Mufti said if the Taliban followed the example of governance set by Prophet Muhammad in Madina, it will be an example for the world.

She said that the Taliban should not implement a hardline interpretation of Islam and Sharia if it wants to maintain business relations with the international community.

"If it does not, it will make matters difficult for the people of Afghanistan," Mufti added, the report said.