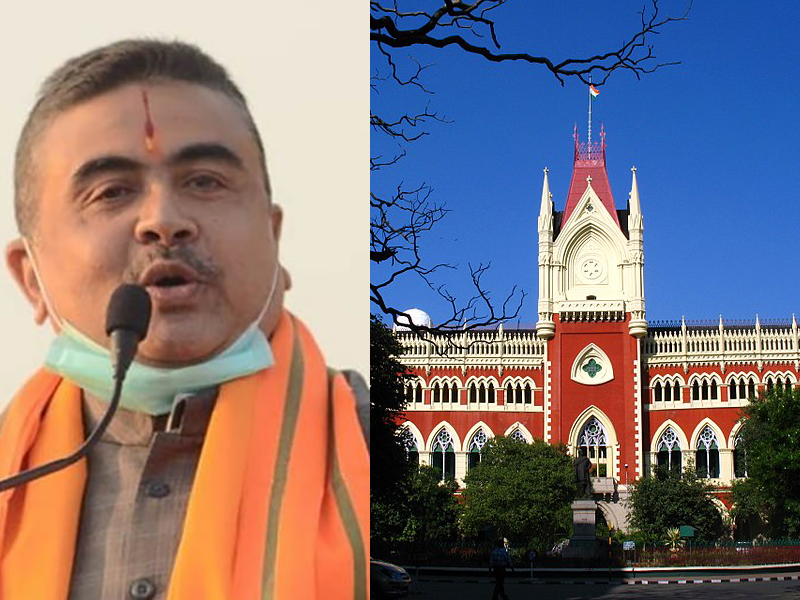 Kolkata/IBNS: The Calcutta High Court on Monday granted a protection from arrest to the West Bengal Leader of the Opposition (LoP), Suvendu Adhikari, in connection with five cases against him which are currently under investigation.

While hearing a petition by Suvendu Adhikari seeking 'protection' in his bodyguard's mysterious death case, the High Court passed the order.

The court of Justice Rajasekhar Mantha directed that police or state probe agency (CID) can not arrest Suvendu Adhikari in five cases, including the mysterious death of Adhikari's bodyguard Suvabrata Chakraborty, without taking permission from the court.

The High Court also ordered that in future police or the state investigative agency need to take permission from the court before arresting the BJP MLA from Nandigram.

"The High Court has stayed three under-probe cases against Suvendu Adhikari, including the mysterious death case of his bodyguard registered at Contai PS which is being investigated by the CID, a political violence case registered with Nandigram PS and a gold chain snatching case registered at Panskura PS," Adhikari's counsel said.

"Police can continue probe against Adhikari in two cases— a job scam registered at Maniktala PS in Kolkata and an alleged case of giving threats to East Medinipur SP which is registered at Tamluk PS— but can not arrest him without the court's permission," he said.

"Police or CID can call Suvendu Adhikari for questioning as a witness at a time, date and place of his convenience in connection with the two cases, and Adhikari has been directed by the court to cooperate with the investigations," the lawyer added.

Meanwhile, sources in the state government said that they will move division bench challenging the single bench's judgement.

The court of Justice Mantha said the case will be heard again after six weeks.