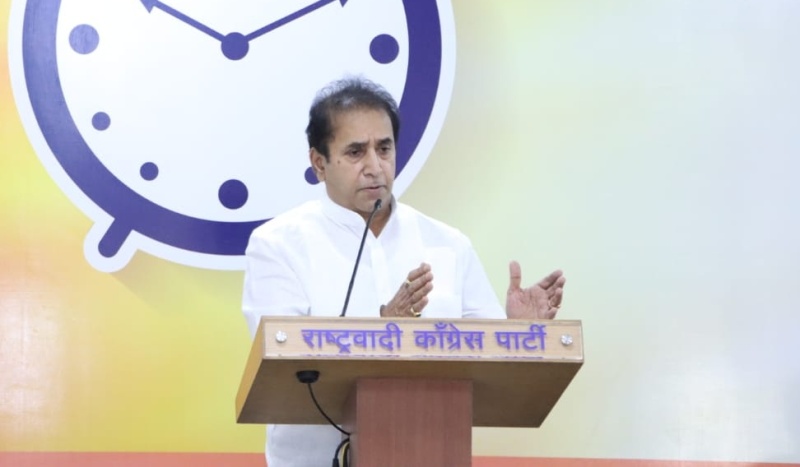 New Delhi/IBNS: An iPhone 12 Pro, which costs over Rs. 1 lakh, was offered as a bribe to a sub-inspector of the Central Bureau of Investigation (CBI) for getting hands on a confidential report related to a corruption case in which former Maharashtra minister Anil Deshmukh is an accused, the probe agency said.

The sub-inspector, Abhishek Tiwari, and Deshmukh's lawyer, Anand Daga, have been arrested by the CBI for allegedly trying to influence the probe against the former minister.

The iPhone 12 Pro has been seized from Tiwari and sent for forensic analysis, CBI sources told NDTV.

The probe agency has alleged that Tiwari had been taking "illegal gratification" from the former minister's lawyer regularly.

"Sources informed us that Abhishek Tiwari shared copies of different documents like memorandum of proceedings, sealing-unsealing memorandum, statements and seizure memos related to the investigation of the case against Deshmukh with Ananda Daga through WhatsApp on many occasions," the CBI alleged.

"Abhishek Tiwari, who was entrusted with the possession of sensitive documents as part of the enquiry into the investigation against Anil Deshmukh, in his capacity as a sub-inspector of the branch, has committed criminal breach of trust in respect of the said property," the probe agency said.

Kiran, a Superintendent of Police in the CBI, who is also the supervisory officer of the case against Deshmukh, had filed the complaint against the sub-inspector.

The complaint was lodged after the sub-inspector allegedly took the expensive phone.

Both the sub-inspector and the lawyer were sent to two-day CBI custody on Thursday.