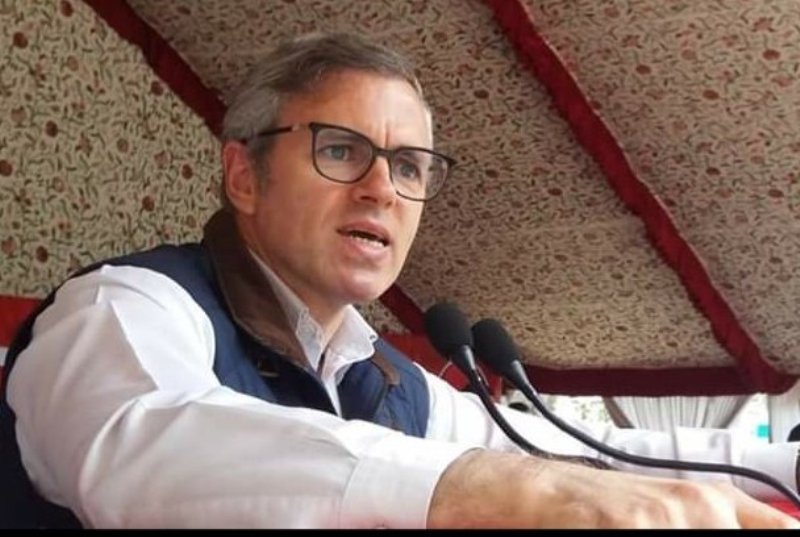 Srinagar: Former Jammu And Kashmir Chief Minister Omar Abdullah today accused the Centre of not having clarity over its approach towards the Taliban regime in Afghanistan -- whether they are viewed as terrorists or not.

In the first official contact with the Taliban, Indian Ambassador to Qatar, Deepak Mittal, and the head of Taliban's political office in Doha, Sher Mohammad Abbas Stanekzai held a meeting at the Taliban's request.

The discussions focused on the safety, security, and early return of Indian nationals stranded in Afghanistan. The travel of Afghan nationals, especially minorities, who wish to visit India also came up in the talks, the statement said.

However, the National Conference leader reportedly asked Prime Minister Narendra Modi's government to make up its mind on the matter, according to NDTV.

"Either the Taliban is a terror organisation or it is not. Please clarify how you (the Government of India) see the Taliban...If it is not a terrorist organisation, please move in the UN to remove it from the list of terror organisations. Let its bank accounts start functioning. Let us not treat them differently," Abdullah was quoted as saying by NDTV.

A day before, Omar Abdullah's father and a former chief minister of Jammu and Kashmir Farooq Abdullah remarked that the Centre should not delude itself that the situation in the union territory was fine, apparently hinting at the insurgency problem in the valley.

"These panchayat members are the targets of militants and they need to be protected. Don't live in a cuckoo world and think everything is hunky-dory. We still face militancy and god knows what will happen in future," he said at an event in Srinagar in the presence of Lok Sabha speaker OM Birla.