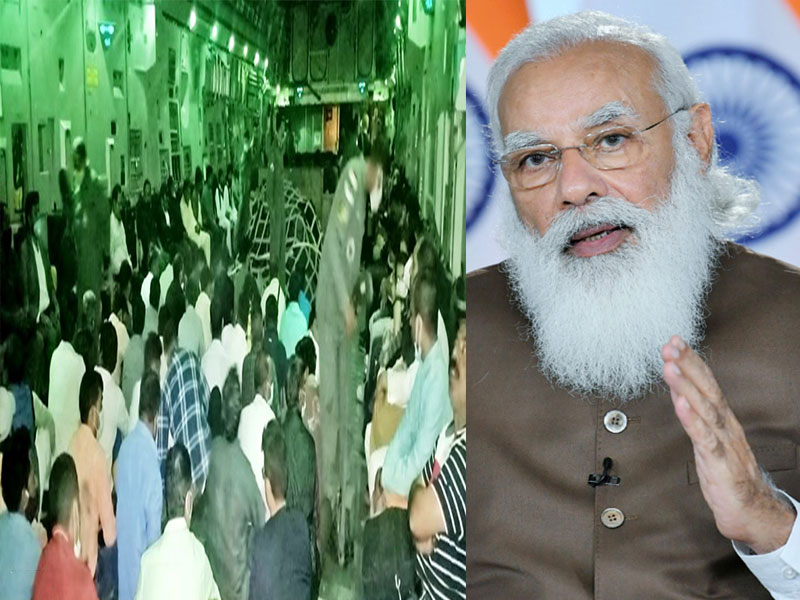 India will always stand by its people in distress: PM

New Delhi/UNI: Prime Minister Narendra Modi on Saturday said that India will always stand by its people in distress anywhere in the world.

"If any Indian is in trouble anywhere, India will always stand up to help them", PM said while inaugurating the renovated Jallianwala Bagh memorial complex in Amritsar through video conferencing.

“India has saved several lives under Operation Devi Shakti. Under this operation, a lot of people are being evacuated from Afghanistan. We have brought the Guru Granth Sahibs to India as well with its due respect,” the Prime Minister said.

During a briefing to MPs on the evacuation efforts from Afghanistan on Thursday, the government had said a total of 565 people have been evacuated by the Indian government including 175 embassy personnel, 263 other Indian nationals, 112 Afghan nationals, including Hindus and Sikhs and 15 citizens of other countries.

Afghanistan was taken over by Taliban, with the extremist group entering the capital Kabul on August 15.

After the terror group's resurgence in Afghanistan, concerns have been raised over the security threats Taliban and other Afghanistan-based militant groups may pose to India.