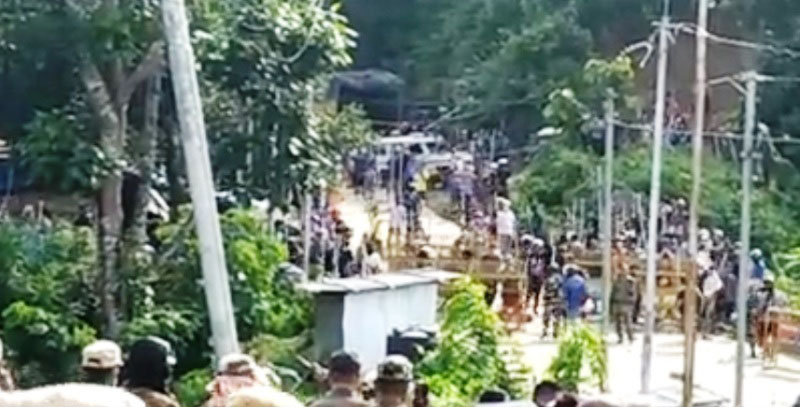 Silchar/IBNS: Tension escalated again along Assam-Mizoram border after some miscreants from Mizoram side had tried to stop an ongoing road construction in Assam’s Cachar district along the inter-state border.

The incident took place between Bagewala village and Khulicherra area in Dholai assembly constituency in Cachar district along the inter-state border on Thursday evening.

Locals of Bagewala village and Khulicherra area alleged that some miscreants hiding in the dense forest had fired several rounds of bullets.

Some of them had carried bows and arrows, guns also.

When the situation turned deteriorating, the labourers engaged in the road construction work had managed to flee from the area.

Following the incident, top police officials of Cachar district rushed to spot and tried to control the situation.

Meanwhile, Cachar district police said that local administration will deploy more security personnel in the area to provide security to the men at work and the road construction work will be completed as per plan.

According to the reports, the road construction work has been commissioned by the Public Works Department of Assam government within Assam territory.

Six Assam police personnel were killed and 50 others wounded in a violent clash between the police forces of Assam and Mizoram in the disputed area between Lailapur in Assam’s Cachar district and Vairengte in Mizoram’s Kolasib district on July 26.