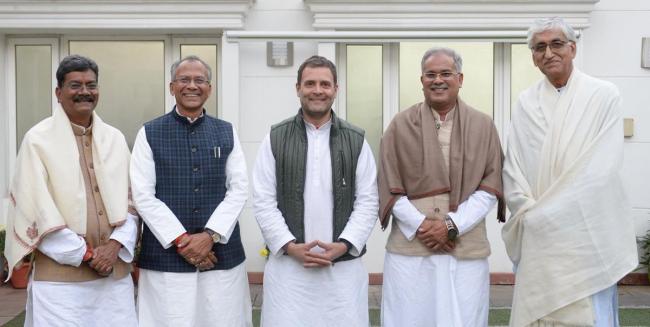 “I have been called to meet Rahul Gandhi, so I am headed to Delhi. I have no clue the reason for it, rest is media speculation,” he said before boarding the plan.

Speculations are rife about a change of guard in the state adding that in all likelihood there will be no changes, he added.

The state has plunged into a political crisis following a power tussle between the Chief Minister and Health Minister TS Deo.

Few months ago, Deo reportedly started demanding leadership that former president Rahul Gandhi had suggested after the party won with a huge margin in the 2018 Assembly elections.

Gandhi had suggested sharing of the Chief Ministership by both the leaders for two-and-a half years each.

Though party sources did not rule out a change of leadership in the state, Baghel is resisting it.

Friday’s meeting is set to be their second one this week.

According to sources, at least 26 MLAs and some ministers have already arrived in Delhi before Baghel meeting with Rahul Gandhi.

Many believe it was seen as a show of strength by Baghel, locked in a leadership tussle with state Health Minister T S Singh Deo, who demanded the rotational Chief minister ship in the state.