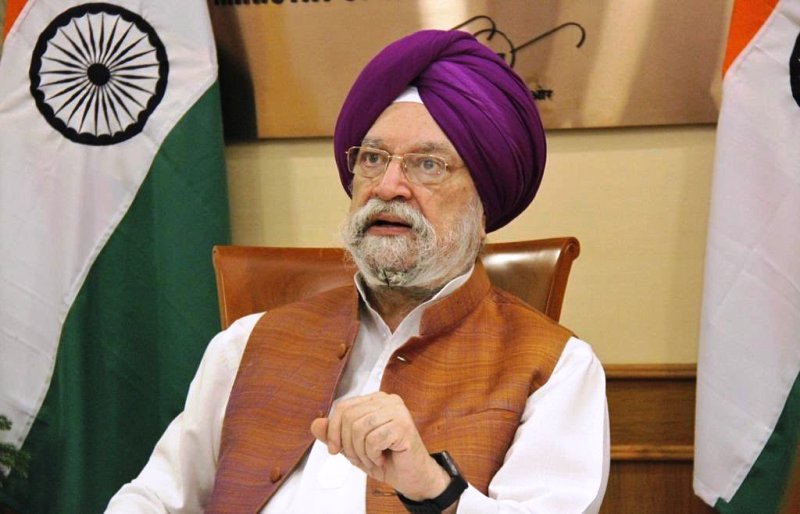 New Delhi/IBNS: Amid the ongoing evacuation process by the Indian government  from the war-torn Afghanistan, Union Minister Hardeep Singh Puri justified the necessary enactment of Citizenship Amendment Act (CAA) citing the "harrowing" conditions of Hindus and Sikhs in the "volatile neighbourhood".

In a tweet on Sunday, he wrote: "Recent developments in our volatile neighbourhood & the way Sikhs & Hindus are going through a harrowing time are precisely why it was necessary to enact the Citizenship Amendment Act."

Recent developments in our volatile neighbourhood & the way Sikhs & Hindus are going through a harrowing time are precisely why it was necessary to enact the Citizenship Amendment Act.#CAA#Sikhs

The CAA, which came in to force in January last year amid prolong protest, seeks to grant citizenship to Hindu, Sikh, Christian, Buddhist, Parsi, Jain but not Muslim refugees who came to India from Bangladesh, Pakistan and Afghanistan before 2015.

On Sunday, 23 Afghan Sikhs and Hindus were brought to India on board an Indian Air Force plane, along with 107 Indian nationals.

Two Afghan Sikh MPs and their families were also part of those evacuated on Sunday.

Meanwhile, as the world is witnessing a massive crisis unfold in Afghanistan after the Taliban takeover, Afghan nationals in India are seeking refugee status and financial security for which they demonstrated outside the office of the United Nations High Commissioner for Refugees (UNHCR) in Delhi on Monday.

Men, women, and even children gathered at the site holding the Afghan flag and posters highlighting their problems and seeking opportunities as well as support for survival.

Represented by the Afghan Solidarity Committee, the protesters, in a letter to the UN Refugee Agency, said the "situation in Afghanistan is currently deteriorating with rapid speed and harsh violence".

The panel urged that the asylum seekers should be given refugee status "without any conditions and regulations".