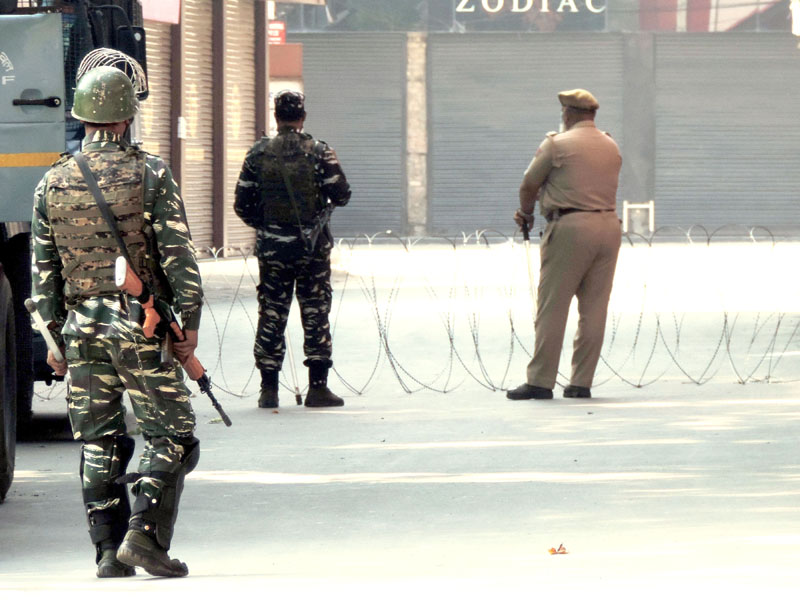 Srinagar/UNI: Two militants, including a member of Hizbul Mujahideen (HM) hit squad responsible for civilian killings, were gunned down in an encounter with security forces in south Kashmir district of Pulwama on Friday.

A police spokesperson said that following specific information about presence of militants, a joint Cordon and Search Operation (CASO) was launched by Special Operations Group (SOG) of J&K Police, 50 Rashtriya Rifles (RR) and 185 battalion of CRPF in Khrew area of Pampore at around 0100 hrs.

He said when security forces were moving towards a particular area, militants hiding there fired at them with automatic weapons at around 0240 hrs on Friday. “Repeated appeals were made to the militants to surrender,” he said.

However, militants continued indiscriminate firing upon the joint search party which was retaliated leading to an encounter. “In the ensuing encounter, two HM militants were killed and their bodies were retrieved from the site of encounter,” he said, adding the slain were identified as Musaib Ahmad Bhat, resident of Khrew Pampore and Muzamil Ahmad Rather, resident of Chakoora Pulwama.

The Spokesperson informed that as per police records, Mushtaq was involved in planning and executing several militant attacks, including civilian killings. “The slain militant was involved in killing of a civilian Javid Ahmad Malik (Peon) at Lurgam area of Tral,” he said.

He said Mushtaq was part of a hit squad of HM responsible for civilian killing in south Kashmir, adding another killed militant had joined militant ranks recently.

“Incriminating materials, arms and ammunition, including one AK-rifle and one pistol were recovered from the site of encounter,” the police official said, adding all the recovered materials have been taken into case records for further investigation and to probe their complicity in other terror crimes.

The police have registered a case under relevant sections of law and an investigation has been initiated. The Spokesperson requested the people to cooperate with police till the area is completely sanitized and cleared of all the explosive materials, if any.