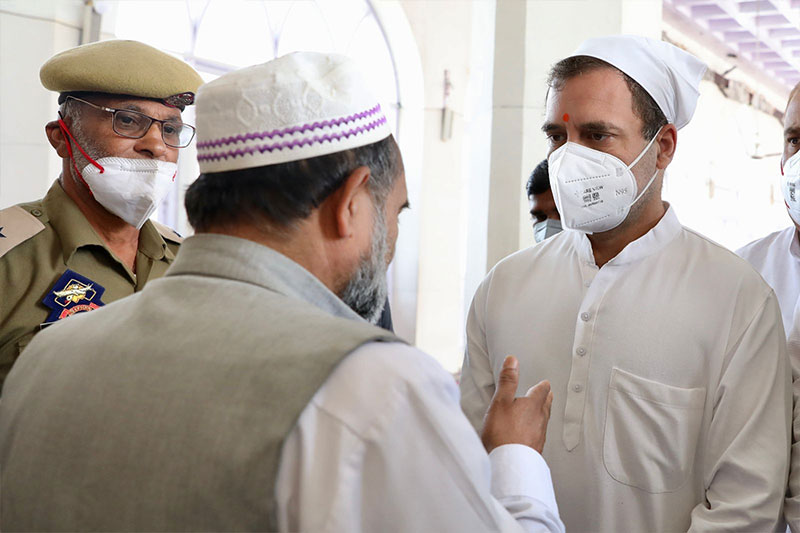 Srinagar/UNI: The Congress on Tuesday demanded the restoration of full statehood to Jammu & Kashmir before holding Assembly elections in the state-turned-union territory.

Addressing a party function after MP Rahul Gandhi inaugurated Congress Bhawan here today, former leader of the opposition in the Upper House Ghulam Nabi Azad demanded an immediate restoration of the statehood before announcing Assembly elections in Jammu and Kashmir.

This, he said, will be in the larger interest of the country, people, central government and democracy.

He said if the elections are held before restoring full statehood, many parties will not participate.

We do not want Delhi or Pondicherry like states where the Lt Governor has all the powers, he said adding this is a border state where on one side there is China and Pakistan on the other. We need a local government, not Lt Governor administration for which full statehood is necessary before elections.

The former chief minister of the then state also appealed to senior Congress leader Rahul Gandhi to raise the issue of full statehood of J&K in the Parliament which is presently in session.

Since I am not in the parliament now, you (Rahul) can remind the Centre about the promise they made at the floor of the House regarding the statehood, Azad said, adding that it will take just less than five minutes to pass a bill in the Parliament during this monsoon session which has three more days left.

Azad, who was chief Minister of the erstwhile state of Jammu and Kashmir, said whatever has been snatched should be restored. However, without further mentioning Article 370, he demanded the land to be safeguarded and employment generated.

It was Maharaja Hari Singh who first introduced land safety measures for local residents in 1925 and later in 1927 it became a law, Azad said. It is not a law passed by Sheikh Abdullah, Bakshi Ghulam Mohammad or the centre. We want to safeguard our land and employment just like Uttarakhand and Himachal Pradesh (HP), where no outside can purchase land. We cannot go to Pakistan or China, he said.

Azad also raised several other issues including unemployment in the union territory.