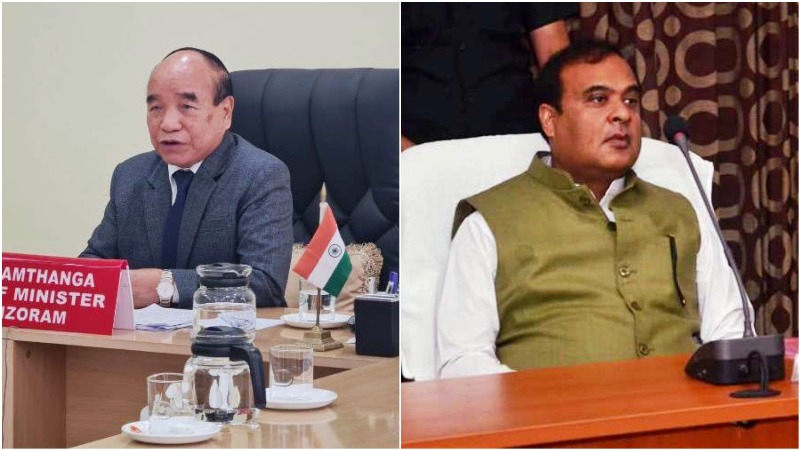 Guwahati: Despite withdrawal of travel advisory notice by the Assam government and appealing the people to allow the goods carrying vehicles for movement to Mizoram, locals in Assam’s Cachar district on Friday night vandalized four Mizoram bound trucks.

According to the reports, the trucks carrying eggs were coming from Karimganj towards Mizoram and while the vehicles reached at Bhaga Bazar area, some people stopped the vehicles and asked where the vehicles are headed to.

When the drivers said that, the vehicles are headed to Mizoram, the locals vandalized the vehicles and threw the eggs on the road.

Later, police had reached the spot and controlled the situation.

On Aug 5, two Assam cabinet ministers Atul Bora and Ashok Singhal had visited Aizawl and took part in a meeting with the Mizoram government ministers and discussed about the situation along the inter-state border.

Both Assam and Mizoram governments had signed a joint statement after deliberations at Aizawl and both governments agree to take forward Ministry of Home Affairs' initiatives to remove prevailing tensions and to find lasting solutions through discussions.

Assam Chief Minister Dr Himanta Biswa Sarma on Friday made an appeal to the people to allow vehicles to move to Mizoram.

Himanta Biswa Sarma tweeted:  “We must, however, move on, on the path of peace and progress. While we stand committed to protect the constitutional boundaries, I would appeal to our people to allow movement of goods to Mizoram.”