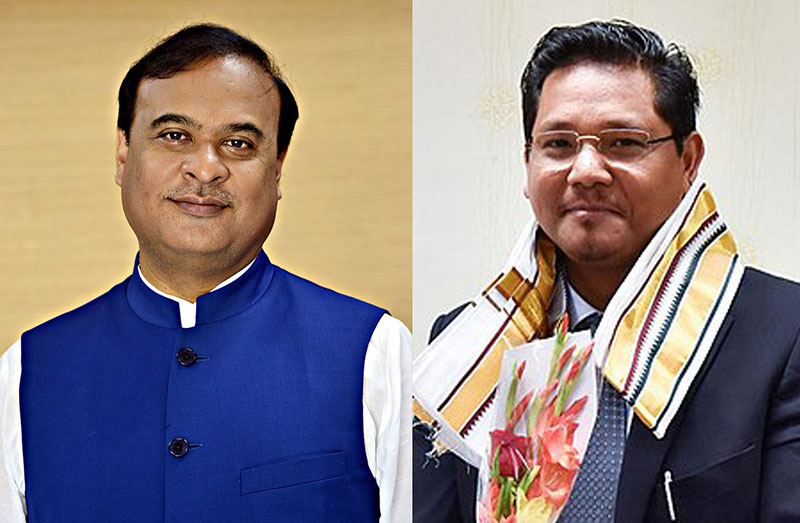 Guwahati: The Assam and Meghalaya government on Friday decided to resolve the inter-state border dispute issue in a phased manner.

During the second round of Chief Minister-level meeting on inter-state boundary disputes between Assam and Meghalaya held in Guwahati, the Chief Ministers of two neighbouring states announced that, three committees headed by cabinet ministers of the two states will be formed and six out of 12 dispute areas have been identified to be resolved in priority basis.

Assam Chief Minister Dr Himanta Biswa Sarma and his Meghalaya counterpart Conrad Sangma said that, both states have decided to form three committees from each side headed by cabinet ministers and the committees will visit the identified six locations and they will submit its reports within 30 days.

Meghalaya Chief Minister Conrad Sangma said that, in the first phase steps would be taken to resolve differences in six locations – Tarabari, Gizang, Fahala, Baklapara, Khanapara (Pilingkata) and Ratacherra and these areas fall under Cachar, Kamrup and Kamrup Metropolitan districts of Assam and West Khasi Hills, Ri-Bhoi and East Jaintia Hills of Meghalaya.

Both the Chief Ministers said that these six locations of differences were being taken up in the first phase because the issues involved are less complicated here.

Both the states have decided to constitute three five-member regional committees each to start working jointly to resolve differences in six identified areas.

Each of these committees will be headed by a cabinet minister of respective states and comprises of bureaucrats and local representative, if required.

Assam Chief Minister Himanta Biswa Sarma said that – “After thorough discussions in Shillong and Guwahati we found that it will be good if we start in six locations.”

“There will be a regional committee which will be headed by a cabinet minister from Meghalaya side and also headed by a cabinet minister from Assam side and three regional committees will be there to resolve dispute which are there. These committees will also include bureaucrats and may be local representative. We have decided from both sides the committee will be constituted with five members. The Meghalaya government will notify the five names and Assam government will also notify the five names. These 10 people which will be nominated by both Assam and Meghalaya government will visit the sites, interact the civil society leaders, members and they will complete their discussions within a period of 30 days. After 30 days when we meet again either in Shillong or Guwahati, the respective committees will give their recommendations. We expect that these regional committees would be able to narrow down the differences. If the difference still exist between the regional committees, then the matter will be taken up at the level of Chief Minister or in the level of higher forum,” Himanta Biswa Sarma said.

The Assam Chief Minister further said that, once the six disputes will resolve, then both states will move to the other six disputes.

“In the mean time, as a measure of goodwill, we have decided that Meghalaya Chief Minister and myself will go to Langpih also once to give assurance to the people that complicated issues such as Langpih will be resolved,” Himanta Biswa Sarma said.