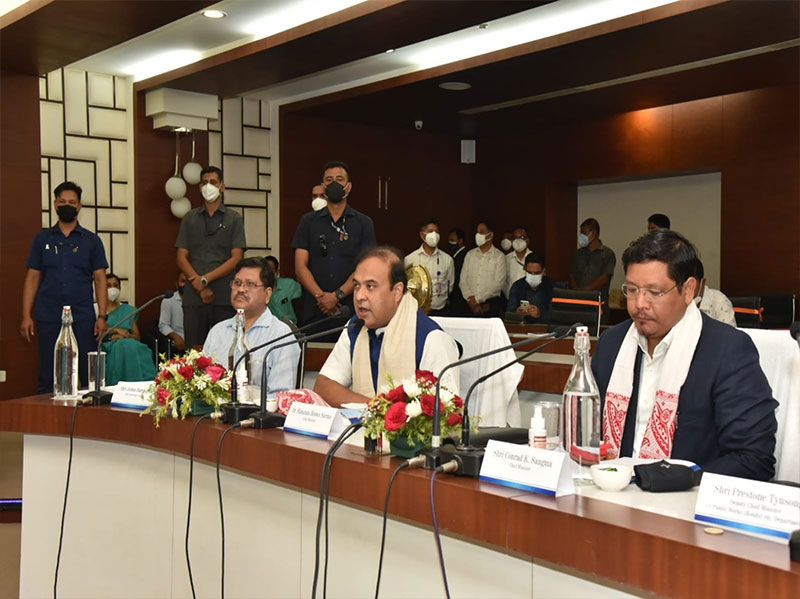 Guwahati/IBNS: The Chief Ministers of Assam and Meghalaya will hold the second round of talks on the inter-state border dispute in Guwahati on Friday.

Meghalaya Chief Minister Conrad Sangma, who will be accompanied by Deputy Chief Minister Prestone Tynsong and other top officials, will talk with his Assam counterpart Himnata Biswa Sarma at noon.

Continuing our spirit of mutual friendship, after a meeting on July 23 in Shillong to resolve the outstanding border issues between #Assam and #Meghalaya, joined Hon CM Sri @SangmaConrad in #Guwahati today.

This is the biggest deliberation in this direction in recent times. 1/2 pic.twitter.com/cg5E784mF0

Earlier on Jul 23, Assam Chief Minister Dr Himanta Biswa Sarma met his Meghalaya counterpart Conrad Sangma in Shillong and took part in the first round of bilateral discussion to resolve the border dispute issue between both states.

During the first round of discussion, Assam Chief Minister Dr Himanta Biswa Sarma and his Meghalaya counterpart Conrad Sangma had decided that all 12 sites to be discussed one by one and relevant merits and demerits of claims and counterclaims to be discussed.

Hopeful that after this meeting we will be able to come out with a common agenda of strengthening the long standing friendship between Assam & Meghalaya and continue contributing to the development of India.

Both governments decided to adopt a pragmatic approach and move from status quo to solution and it was agreed to discuss all 12 places one by one and review claims, if possible, both the Chief Ministers will visit all 12 places.