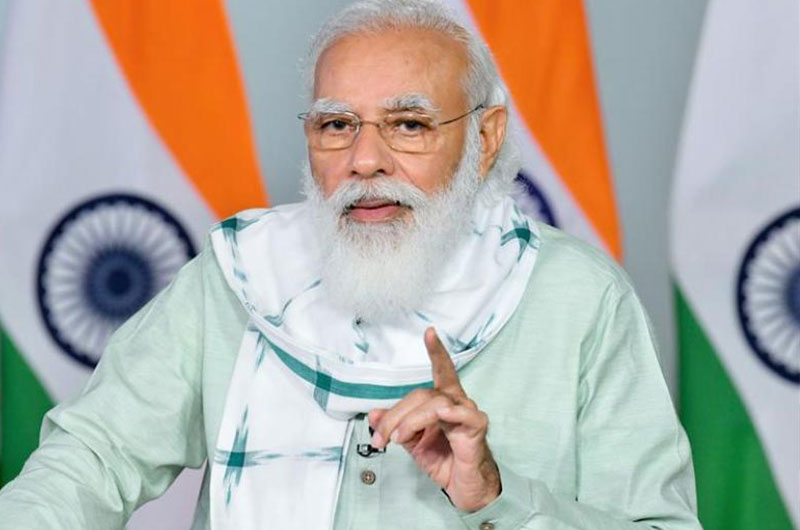 In this regard, a web portal  https://rashtragaan.in has been created by the Ministry of Culture of India, where anyone can upload their own videos singing the national anthem, to be shown live on Aug 15.

The following steps need to be followed for singing and uploading the video of national anthem:
I. Open web portal link: https://rashtragaan.in
II. Click on “Proceed” or on the right click at bottom right (in case of mobile devices)
III. Enter your name in the box below the headline “Please enter your name here” and select the correct option in “Your Age Group”. Enter the Country name from where the video is being recorded/uploaded. Then click on “Let’s Sing” or on the right click at bottom right (in case of mobile devices)
IV. Align your face to the screen (at this stage the portal may ask for permission to record audio and video from the device being used).
V. Once the face is aligned, press on “Record” - The national anthem music will start playing after a countdown from 3 and the text of the national anthem (in Hindi) will be visible for use of those recording a video.
VI. Once the video has been recorded, there will be an option to listen to the recording before uploading or Restart (this will initiate the process on the portal ab-initio). If the individual is satisfied with the play back of the recording, press “Upload” to enable the portal to save the video.
VII. The video may be uploaded preferably by 6th August 2021.

All participants uploading the National Anthem on the portal will automatically be issued a certificate.
Participants can register on https://forms.gle/5Mi6XHfgHXSeXfJP6 to be eligible for prizes awarded through a lucky draw organised by the Consulate General of India, Toronto.
Related Images