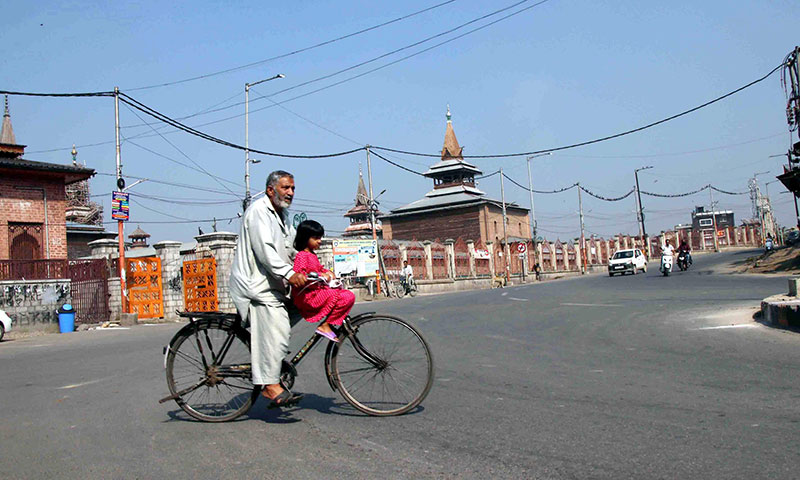 Jammu and Kashmir: 2nd anniversary of scrapping Article 370 observed amid slump in militancy

Srinagar: Jammu and Kashmir, the state-turned-Union Territory which was once hit hard by terrorism, is now witnessing peace and development as an outcome of the Aug 5, 2019 move by the Indian government to scrap Article 370 that had granted it a special status for nearly six and half decades.

While some political parties and residents are observing the second anniversary with positivity and hoisting the Indian tricolour, the Union Home Ministry said the number of terrorist incidents have reduced during 2020 by 59% as compared to 2019 and 32% upto June 2021 in comparison with corresponding period upto June, 2020.

The Government said it has adopted a policy of zero tolerance towards terrorism and has taken various measures, such as strengthening of security apparatus, strict enforcement of law against anti-national elements, and intensified cordon and search operations to effectively deal with the challenges posed by the terrorist organisations.

The Modi government has assured that the statehood to Jammu and Kashmir would be granted at an appropriate time after normalcy is restored.

The government said the situation was reviewed from time to time and restrictions imposed were gradually eased out in a phased manner and 4G internet data services were restored in the entire Union Territory of Jammu and Kashmir from February.

BJP’s political aim was to settle this issue of the status of J&K in relation to the Union of India and that it remarkably asserted by designating it as Union Territory (UT) of India, while creating another UT of Ladakh.4/5 @BJP4India @BJP4JnK @HMOIndia @tarigami @RuhullahMehdi

Marking two years of the abrogation of Article 370 and the changed status of Jammu and Kashmir, External Affairs Minister S Jaishankar on Thursday said the newly-formed Union Territory has seen “real Democracy, Development, Good Governance and Empowerment” in the last two years, that has helped to strengthen India’s unity and integrity.

With the hashtag NewJammuKashmir, Jaishankar tweeted, "Jammu and Kashmir has seen real Democracy, Development, Good Governance and Empowerment in the last two years. As a result, India's unity and integrity has been immeasurably strengthened."

Minister of State for External Affairs Meenakshi Lekhi said the "historic" move to abrogate Article 370 on Aug 5, 2019, has brought an era of peace and development in Jammu and Kashmir.

"On this day two years ago, Article 370 was abrogated. The historic move has brought an era of peace and development in Jammu & Kashmir. Under the leadership of @narendramodi ji and @amitshah ji we bear witness to the formation of #NewJammuKashmir,” she posted on Twitter.

On Aug 5, 2019, Articles 370 and 35(A) that gave the erstwhile state its special status were abrogated, and Jammu and Kashmir was bifurcated into two Union Territories - of Jammu & Kashmir and Ladakh.

The statement by the External Affairs Minister and the Minister of State comes even as Pakistan is trying to drum up support against India over the Kashmir issue.

Meanwhile in Kashmir there is a new positivity.

According to Greek City Times, there is a new generation of young women entrepreneurs in Kashmir who are overcoming the myriad challenges including, political, social, economic, gender related, lack of awareness, to seize upon the business opportunities.

Most of these entrepreneurs are tech-savvy and know how to target prospective customers which is helping them grow their businesses faster than ever before, it said.

Writer Chetan Bhagat reacting to a news on silk factory renovation posted: "Definitely my good news of the day! The beautiful land of Kashmir will now make beautiful silks, which will create jobs to help 50,000 families! Nothing like economic development and jobs to lift a region.

Definitely my good news of the day! The beautiful land of Kashmir will now make beautiful silks, which will create jobs to help 50,000 families! Nothing like economic development and jobs to lift a region.https://t.co/JqpjxDrES7