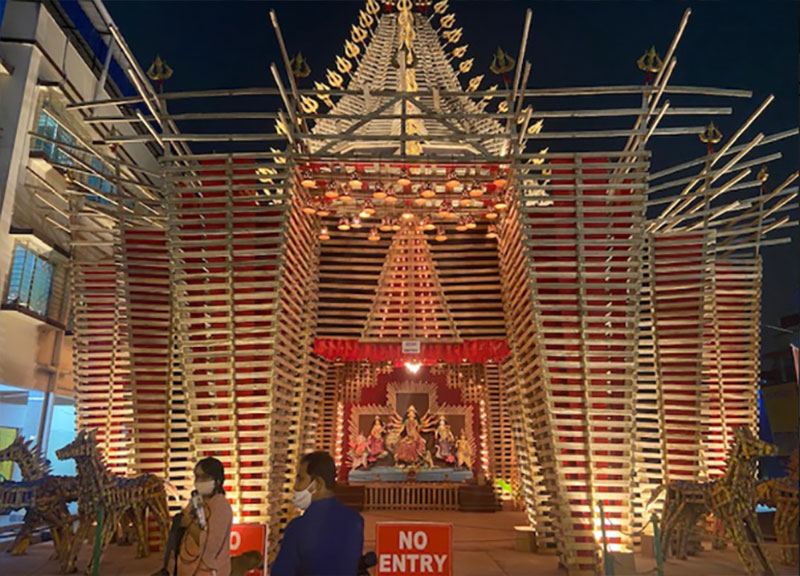 New Delhi/IBNS: The Centre on Wednesday said that states should consider imposing local restrictions during the upcoming festive season amid the surge in Covid cases in some parts of the country.

Referring to the festival season starting with Muharram on Aug 19 to Durga Puja on Oct 15, the Union Health Ministry said the states should "actively consider local restrictions".

"Indian Council of Medical Research and National Centre for Disease control have expressed concern regarding the mass gathering events during festivals turning into super spreader events," read a letter from the health ministry to Chief Ministers and administrators of all states.

Earlier on Tuesday, the Indian government had warned that the COVID-19 pandemic is "still raging" and eight states have shown a rise in the R-factor, which is a "significant problem".

"Pandemic is far from over; the second wave, as far as India is concerned, is still not over. Daily new COVID19 cases reported across the world is still high; more than 4.7 lakhs," Union Health Ministry's Joint Secretary Luv Agarwal had said addressing a media briefing.

Meanwhile, India recorded 42,625 new COVID-19 cases between Tuesday and Wednesday mornings, as per data released by the Ministry of Health.