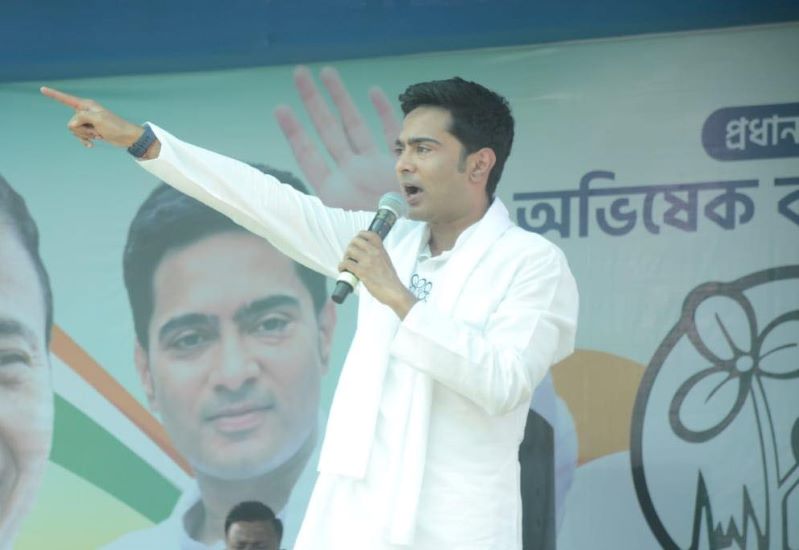 Kolkata/Agartala/IBNS: Trinamool Congress (TMC) national general secretary Abhishek Banerjee will be in Tripura Monday as a part of his party's outreach to the northeastern state, which is presently ruled by the Bharatiya Janata Party (BJP).

Banerjee, a two-term Lok Sabha MP, will visit Tripureswari temple at 12 noon, then hold meetings with party leaders and meet the press at 3:30 pm.

His visit comes amid a bitter tussle between the TMC and BJP after I-PAC team members, who were in Tripura for survey, were allegedly detained in a Agartala hotel.

Ahead of Banerjee's visit, the TMC has claimed its posters are completely torn apart.

"The sheer lack of respect for peaceful coexistence of other political parties in the state is now on full display. We strongly condemn such attempts," the party said, targeting the saffron camp.

Banerjee, who is the de facto number two of the TMC, has already made clear that his party will aim to expand beyond West Bengal, which has been ruled by the outfit for over 10 years now.

The party is aggressively trying to corner the BJP government in Tripura after TMC supremo Mamata Banerjee returned to West Bengal with a thumping majority in 2021 polls, decimating the BJP.

Apparently not giving much importance to Abhishek Banerjee's visit, West Bengal BJP state president Dilip Ghosh said the TMC must focus on its backyard, where his party reached 77 seats from just three.

Tripura, where the BJP dislodged decades old Left government in 2018, will go to polls in 2023.