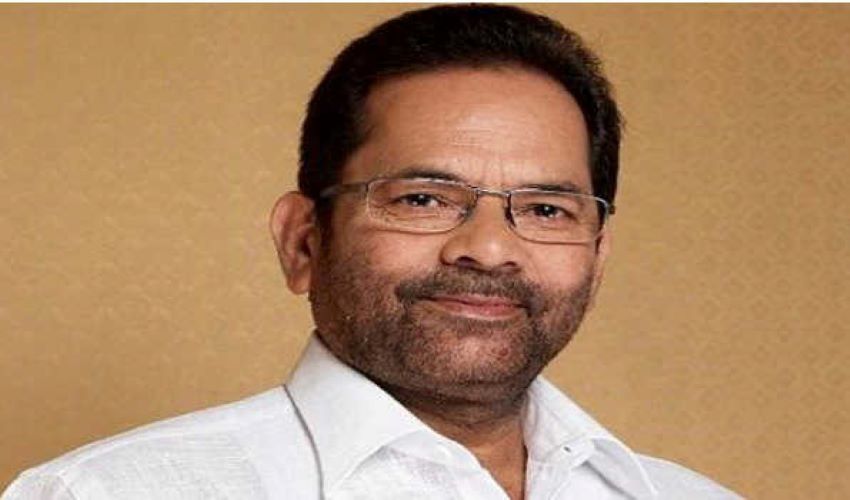 Congress was 'James Bond of spying' when in power : Mukhtar Abbas Naqvi

New Delhi/IBNS: Slamming Congress for disrupting the monsoon session of parliament  over Pegasus snooping allegations, Union Minister Mukhtar Abbas Naqvi has said Congress was "James Bond of spying" when it was in power and now it is wasting parliament's time over a fake and fabricated issue.

Abbas, who is the Rajya Sabha Deputy leader, accused Congress and few other opposition parties of following the "rant and run" policy by making allegations and running away.

The minority affairs minister said that the government is ready to discuss all issues related to people and hoped that the impasse between  the government and the opposition will be broken and the Lok Sabha and the Rajya Sabha will function smoothly, according to a report in the media.

Both Lok Sabha and Rajya Sabha have failed to transact any significant business, except passage of some bills as the opposition parties continued protest over Pegasus issue, farm laws and certain other issues.

Naqvi also dismissed talk about the curtailment of the monsoon session of parliament, and said there was no basis for such rumours as the business is listed till August 13, which is the last day of the session.

Hitting out at Congress, Naqvi said the opposition had demanded discussion on Covid-19 and farm laws, but refused later.

He alleged that the opposition seems unaffected by the flood situation that is grim in many states and even the issue of price rise that they always talk about has suddenly become unimportant to them.

When the opposition insisted on debating the Pegasus issue, without wasting time IT Minister (Ashwini Vaishnaw) had made a statement and they had the opportunity to get clarification on their concerns in Rajya Sabha, but instead of taking a clarification they created a ruckus and adopted a violent attitude, Naqvi alleged.

He said Congress was acting like the "self-appointed head" of other opposition parties and trying to hijack their thinking even though many of them want debate and discussion on the issues.

These people (Congress) were the James Bond of spying (when in power) and when out of power they are creating a hullabaloo alleging surveillance, he said.