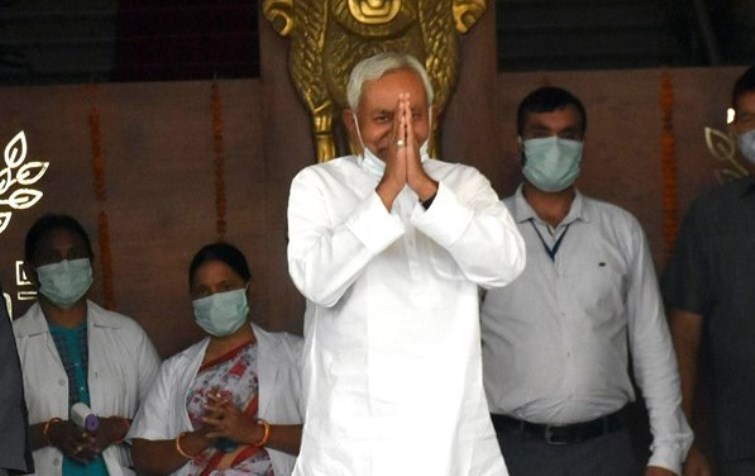 Patna/UNI: Bihar Chief Minister Nitish Kumar on Thursday assured the opposition that apart from writing a letter to the Prime Minister Narendra Modi for caste based census he would also explore the legal options for it.

While interacting with the leader of opposition Tejasvi Prasad Yadav and other opposition leaders in his assembly chamber, Kumar said he was in support of caste based census and would request the Prime Minister through letter to reconsider the issue.

Later, Yadav told news persons that he had requested the chief minister to take up the issue before the Centre and also suggested that he seek appointment from the Prime Minister to take a delegation to meet the latter on the same.

Yadav said he suggested to the chief minister to conduct the caste based census at its own expense on the pattern of Karnataka in case the Centre did not agree for it. To this Kumar assured to explore legal options in this connection.

The leader of the opposition said that the backward and extremely backwards should be included in the census only then it would be easy to make budgetary provisions for the class.

Besides Chief Minister Nitish Kumar, several leaders of the ruling JD( U) have issued statements in support of caste based census on several occasions.

Apart from this Bihar legislature on February 18, 2019 and Bihar assembly on February 27, 2020 had unanimously passed a resolution for conducting caste based census.