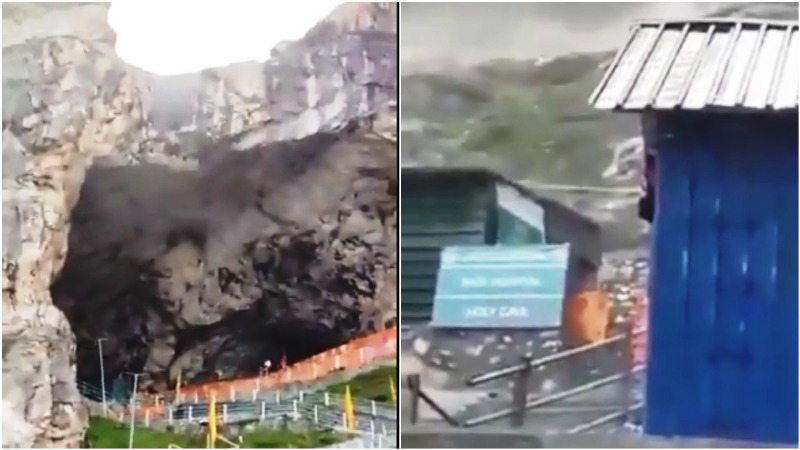 Heavy rains cause cloudburst near Amarnath Cave in J&K, no casualties reported

Srinagar/IBNS: A cloudburst near the holy cave of Amarnath in Jammu and Kashmir led to massive flow of water down the mountains, prompting officials to move people stationed at the base to higher ground for safety.

No casualties have been reported in the incident.

The cloudburst happened due to heavy rains near the Amarnath Cave.

No loss of life or injury reported in the incident.

No Yatris were present at the cave. pic.twitter.com/c8bJ1O3ksn

People in Gund and Kangan have been asked to stay away from the river Sindh, said reports.

The water level in the river may suddenly rise and the currents might become very strong due to the cloudburst, officials informed media.

Except the security forces, whose camps are located at the base of the hill that leads to the shrine, very few people are present in the area.

The Amarnath Yatra was cancelled for a second year in a row due to the COVID-19 pandemic.

The 56-day-long Amarnath Yatra was scheduled to start simultaneously on the two routes from June 28 and end on Aug 22.