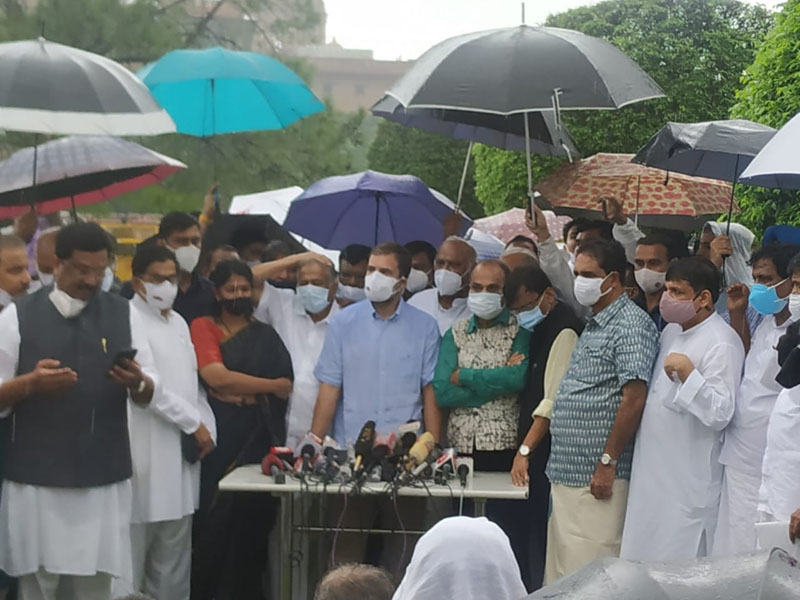 New Delhi/IBNS: Disperate opposition forces sans the Trinamool Congress (TMC) Wednesday came together outside Parliament to corner the Modi government on the Pegasus spyware issue, which has turned out to be a new political flash point.

"Our voices are being suppressed by the government in Parliament... We are not disrupting Parliament but we are asking a question to the government, 'Did it buy Pegasus'"? Gandhi questioned.

"The government has used Pegasus, which should have been used against the terrorists, against people of the country. This act is anti-national," said the Congress MP.

"The government is running away from debates on Pegasus," he added.

The same was echoed by the representatives of other opposition parties.

"People of our country know who was suppressing whose voices," he added slamming Gandhi.