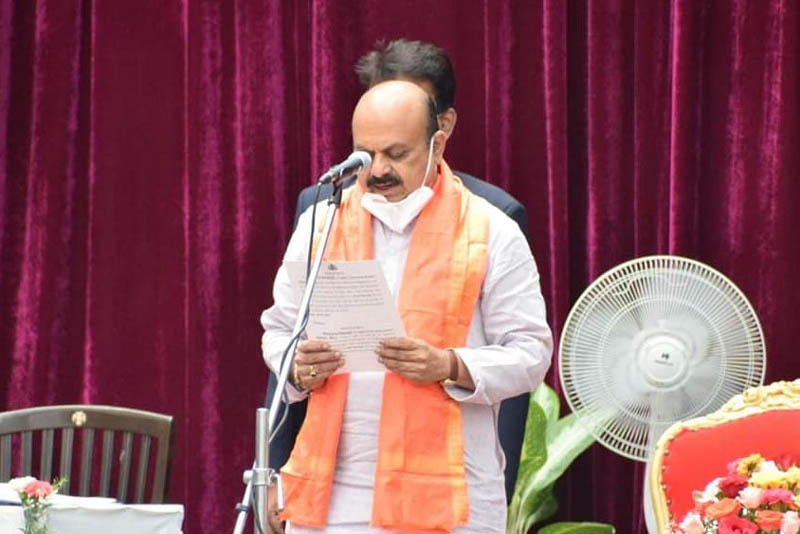 Bommai was sworn in by Governor Thaawarchand Gehlot in a low-scale ceremony here in presence of Yediyurappa.

The decision on Karnataka succession came after a meeting of the BJP state legislature this evening following Yediyurappa's resignation Monday.

A leader of the politically powerful Lingayat leader like Yediyurappa, Bommai, was among the former Chief Minister's close confidantes.

Yediyurappa submitted his resignation to the Governor at the Raj Bhavan after a two-year-stint as the head of the state Monday evening.

He reportedly said that he quit "voluntarily" and will continue to remain active in state politics.

The buzz about  Yediyurappa's resignation grew amid resentment against him and his son.

The speculation received a filip after he visited Delhi earlier this month and met top BJP leaders including Prime Minister Narendra Modi.