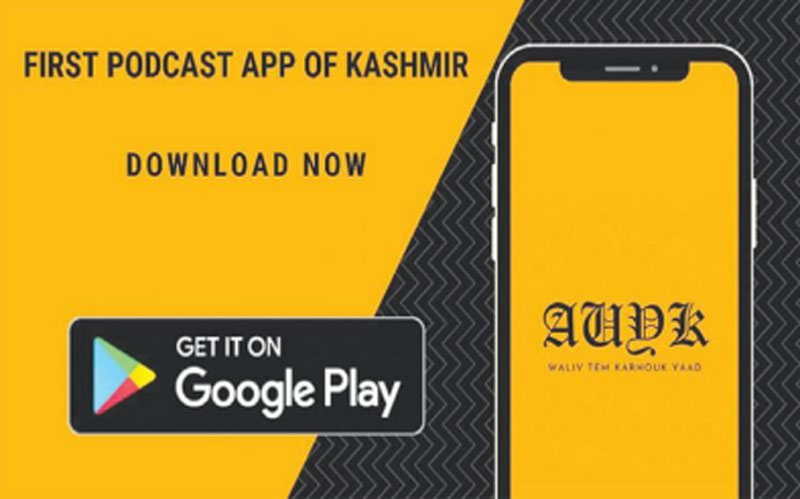 Srinagar/IBNS: Saadath Mohiuddin Bhat, a 19-year-old teenager, hailing from south Kashmir’s Anantnag district has started a podcast app as a way to step up representation of Kashmir’s language and literature.

Bhat, an undergraduate student, said in 2020 he first started a video series on the valuable writings of many old Kashmiri Sufi saints.

He added after receiving a good response from the people, the development of a website to increase the reach of his podcasts based on Kashmir Sufi literature took place.

Today, Bhat has a team of around 40 people who help him in podcasting the Sufi Kalaam of Kashmir’s old Sufi saints in the form of many audio series.

Bhat told Greater Kashmir that he had taken on board many voice-over artists, translators and others who volunteer for him with the sole purpose of preserving the Sufi literature along with the Kashmiri language.

“We have seen Kashmiri people today shy away from speaking in their own mother tongue. This is why I have come up with the idea of a podcast where I can at least contribute my bit to promote and preserve something that forms an age-old aspect of Kashmiri lives,” Bhat said.

In order to present his content in an understandable form, he has started to include subtitles with the podcasts so that it reaches a wider audience.

‘Aao Unhein Yaad Karai’ app can be downloaded on the Play Store by android users but users of  IOS can listen to the podcasts by visiting the website and other music platforms like Spotify, Wynk and Gaana.

The app mostly highlights the work of Kashmiri mystics and Sufi saints like Shamas Faqir, Rasul Mir, Wahab Khar and others.

“Today’s youth should be technically sound so that they can make small contributions. This will not only help them to be self-sufficient but can also make a difference if they decide to contribute their bit towards the society tomorrow,” he said.